Walking Rugby took a squad down to the delightful town of Dartmouth, once again failing to capture the result !

A squad of 11 took the Fun Bus down to Dartmouth to play their hosts in glorious sunshine against the beautiful backdrop of the River Dart. Despite the lack of a warm-up due to arriving late, the squad performed well, enjoying games against a team who played in a similar style, looking to create and use space rather than 'trucking' it up in a version of slow motion bulldog.

Co-captains Joe Cooper and Jo Pearson marshalled the teams in 2 games against Dartmouth, before a mix & match social game was played at the end.

It could be blamed on age, but at present we have all ("most" shurely ?) of our faculties, so really ought to get better at remembering to capture the scores. Or at least ask the ref. But well, maybe that isn't the main point of Walking Rugby ?

We did manage a few photos though.

It is anticipated a return next summer is on the cards, if only to retrieve the special match shorts that were offered to our hosts after they presented Joe Cooper with a tie in the Rowing Club bar. In return, they will receive a piece of the famed SRFC WR porcelain. provided co-captain Pearson can find something appropriate in Wareham (best not to ask !).

Nicky Stockley and The Chairman. The 'before' picture. (Editors note: sadly/gladly there was no 'after' picture) 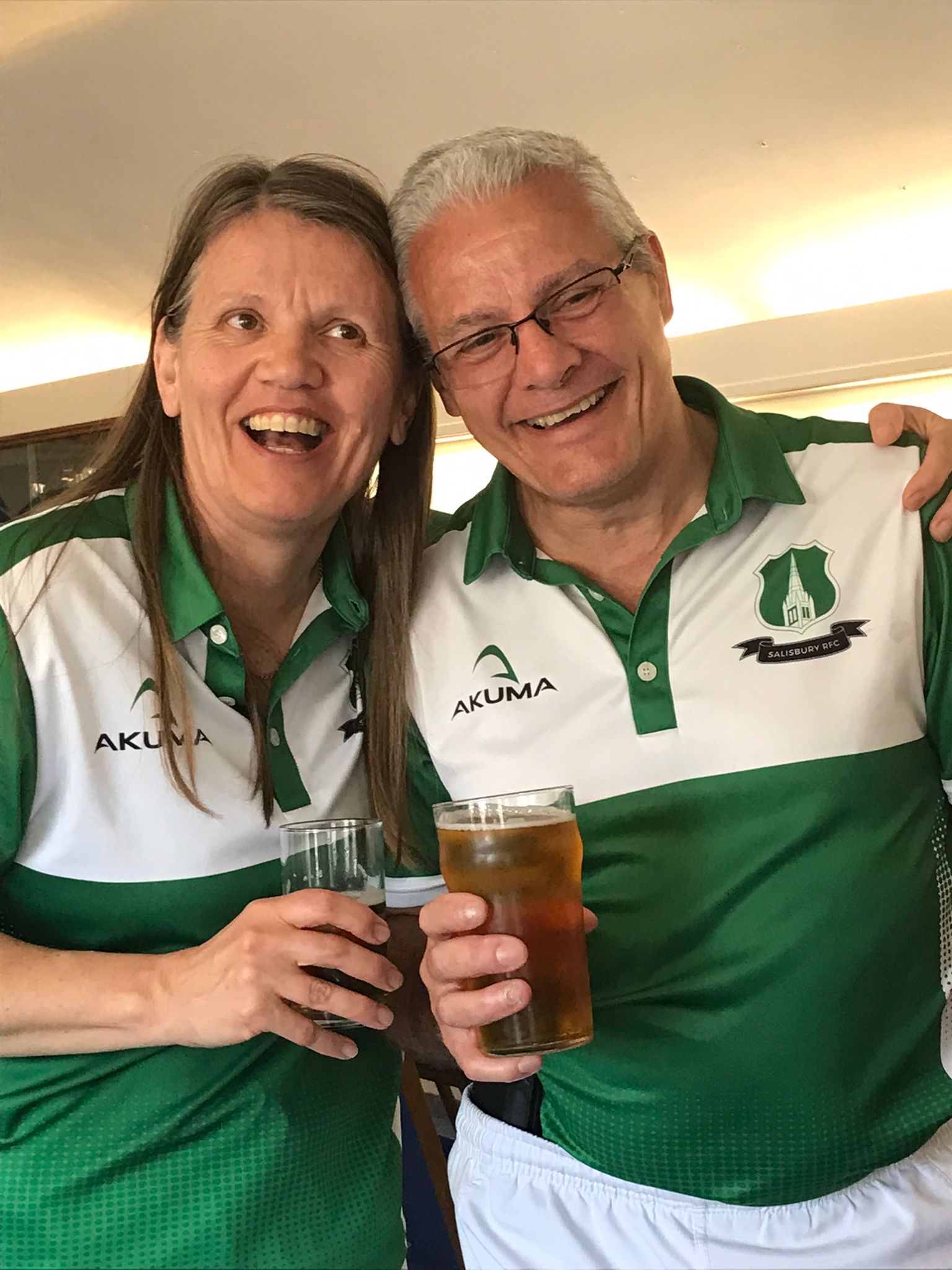 Nicky Stockley slides in for our first, and her only, try of the afternoon. 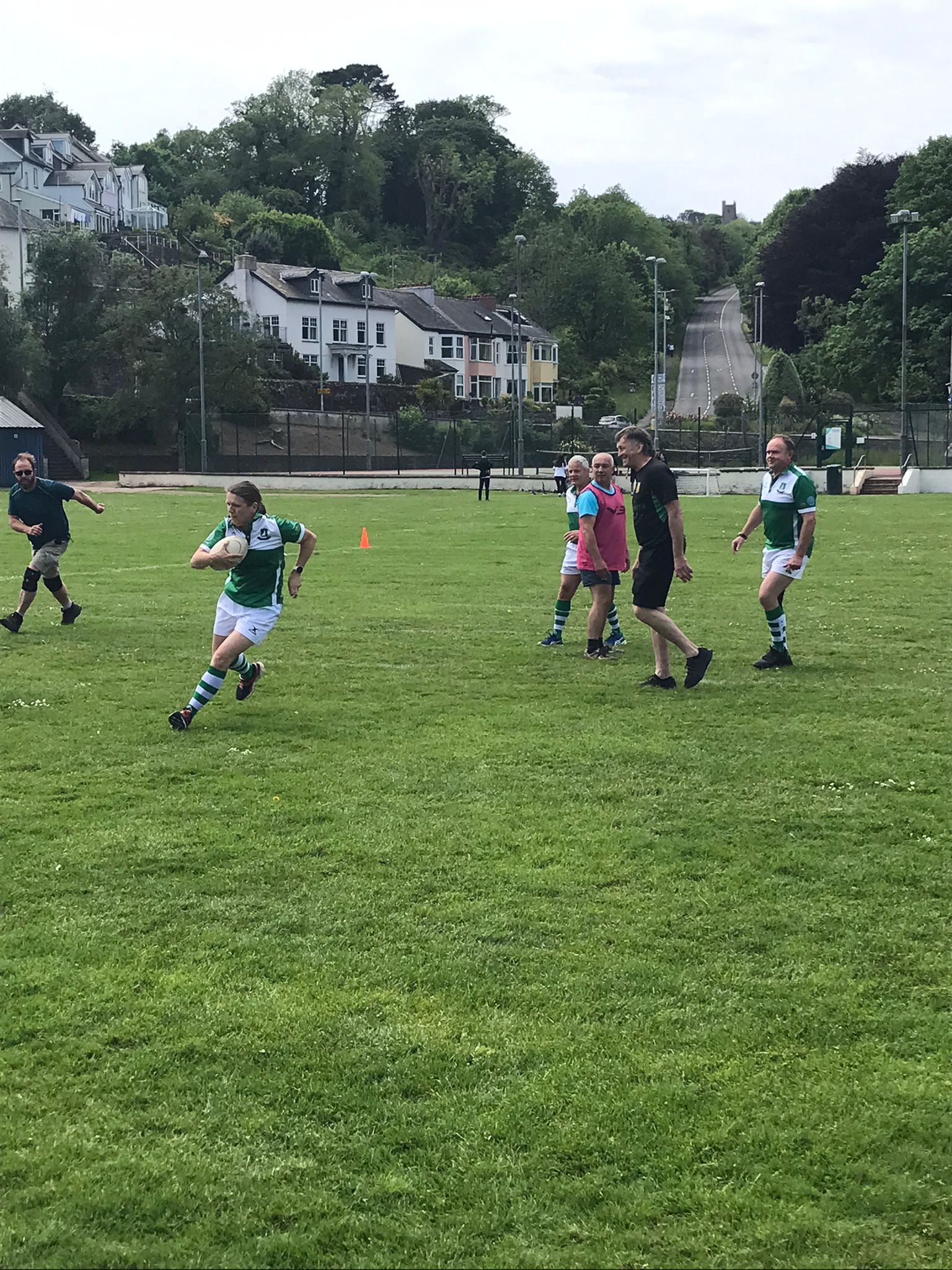 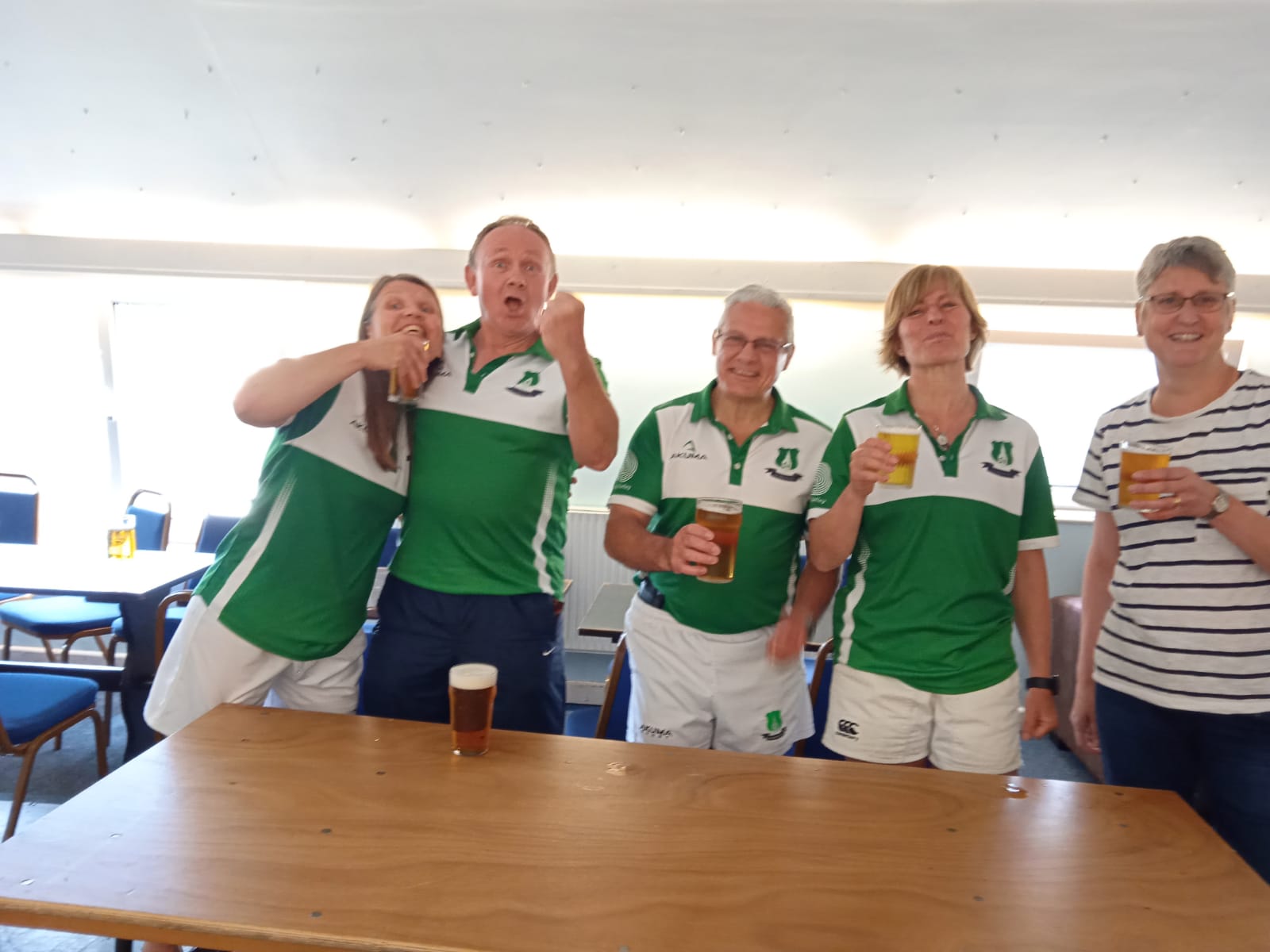 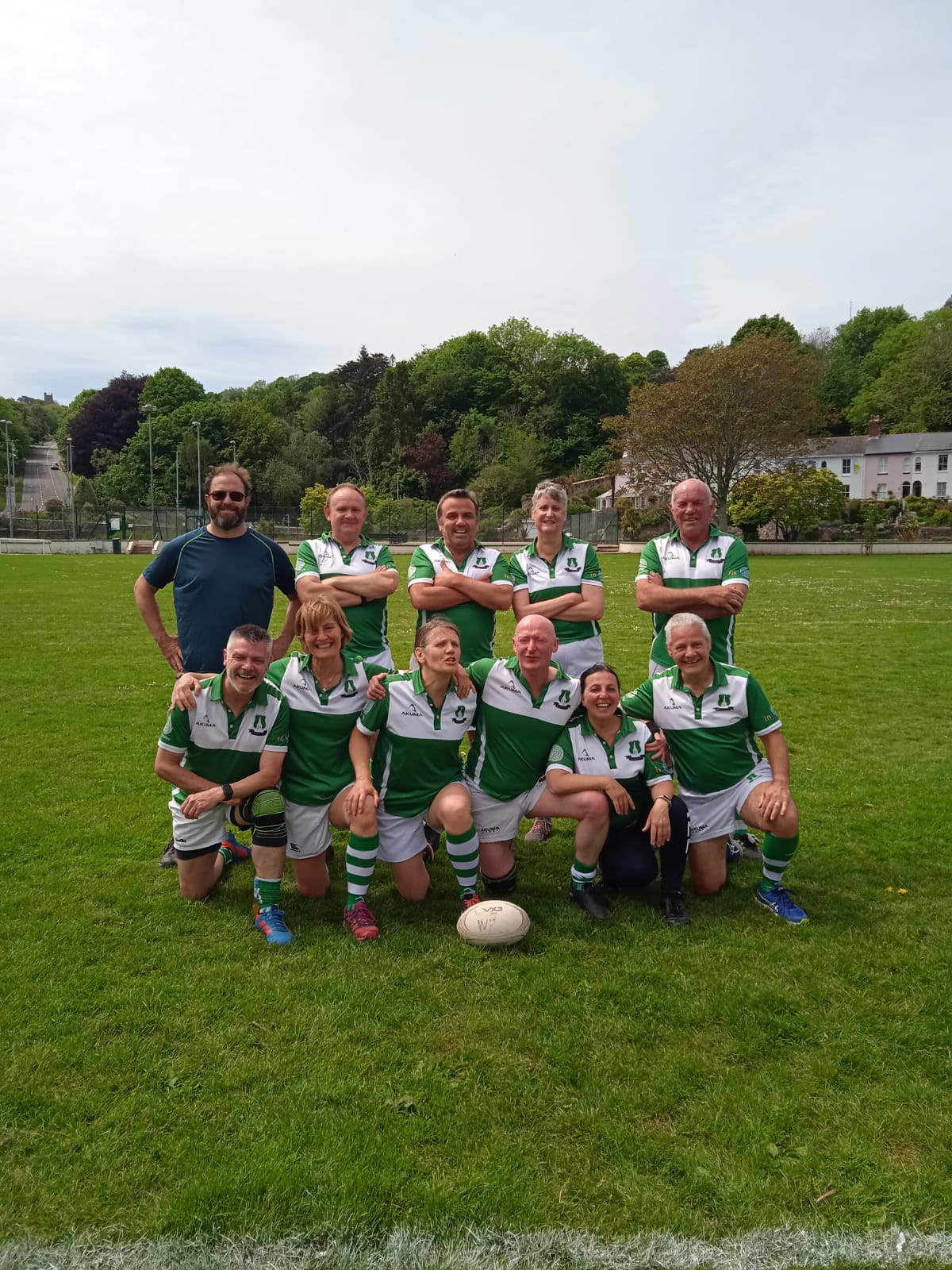