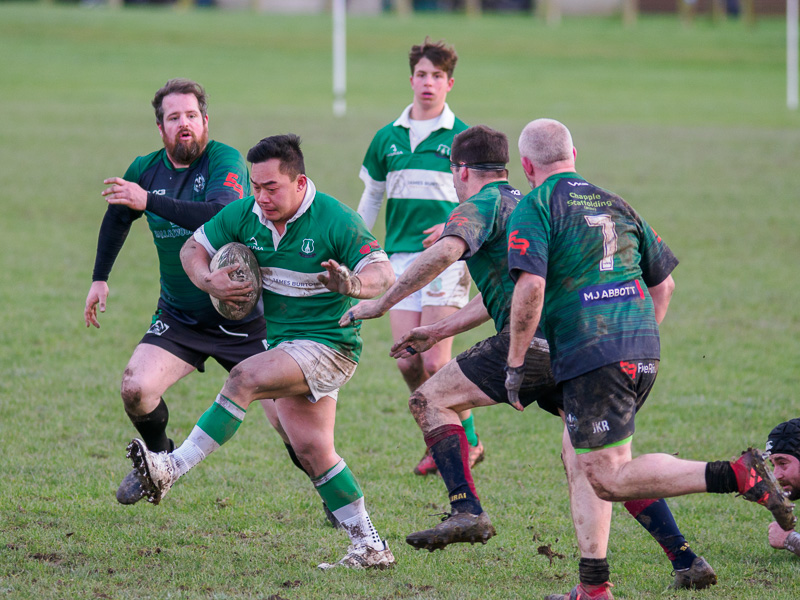 14th. January 2023: Local derbies are always a tussle and, with the Wheatsheaf unable to host the game, Hudson’s Field was the chosen arena for the day.

Defying the wind and claggy underfoot conditions the sides locked horns in a ferocious forward battle and it was the hosts who drew first blood powering over for a score. Salisbury were not taking this lying down and their fleet of foot back line, benefitting from the many hours spent on the training paddock, replied through full back Matt Chilvers who then added a conversion for good measure to level. The mercurial Henry Wilson then stretched the lead with another sharp score, for a half time lead of 7-12.

The Wheats thundered back in the second period and scored another converted try for 14-12 lead. A tense finish was decided in the visitors favour when the tireless Jake McConnell crashed over for the final score of the game.

It was great to see this game go ahead and congratulations are due to both teams for the spectacle provided. Old rivalries were settled and then put aside over a very welcoming pint or two.