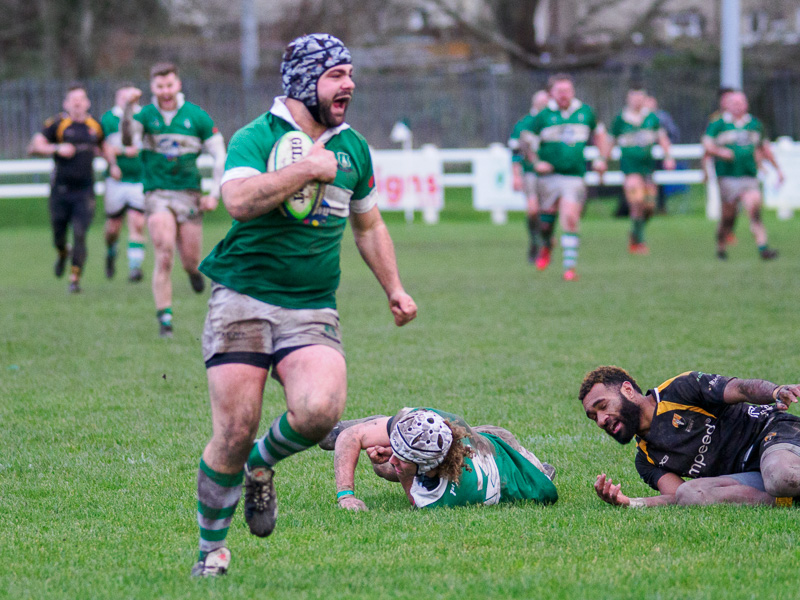 7th.January 2023: Salisbury hosted Marlborough at Castle Road and could not have chosen tougher opposition with which to start 2023. The visitors are unbeaten in Regional 2 Tribute South Central and inflicted a heavy defeat on Salisbury in October.

Marlborough established early dominance. Strong scrummaging and direct midfield running enabled them to take an early lead scoring 10 points in as many minutes. With two tries down it felt that it might be a long afternoon for the hosts but this wasn’t case. Salisbury regrouped and set about containing the visitors. Marlborough dominated possession, had the upper-hand in contact areas and better field position but couldn’t find any real fluency. The conditions didn’t favour an expansive game and Salisbury’s courageous tackling did much to frustrate Marlborough. It wasn’t until the 32nd minute that Marlborough scored again and finished the half 17-nil up. To make matters worse Salisbury went a man down after a yellow card on 39 minutes.

The home supporters could be forgiven for being a little anxious at the beginning of the second half. Marlborough continued to attack with real intent but the hosts were not about to roll over. Tom Tully intercepted a loose pass and then ran the length to score for Salisbury early the second half. Salisbury were buoyed by this and played with greater aggression. Dom Porter, Gareth Blackbarrow and Xavier Hastings frequently made ground and generated some forward momentum. Salisbury’s cause was helped further by No8 Richard Smart’s tireless efforts in securing possession at the base of a retreating scrummage.

The host’s second try came from a break by Hastings deep on his own half supported by Blake Ryder, Ben Wheeler and finished by Bobby Spiers on 54 minutes. With the score at 10 – 17, Salisbury grew in confidence and were able to gain better field position and work through the phases. Marlborough had lost their composure and unable to fully reassert themselves until the last few minutes. After an attacking scrummage they muscled their way over for their fourth try which was converted to conclude the match at 10 – 22.

Despite the loss this was a very positive performance against high quality opposition. Salisbury can look forward to the remainder of the season with genuine optimism and travel to fourth-placed Tottonians next week.