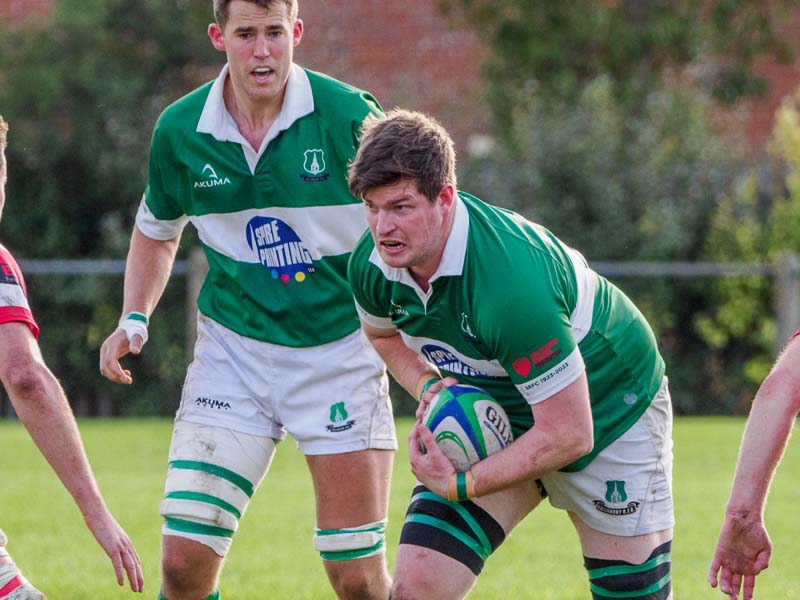 5th. November 2022: Grove is the farthest trip Salisbury have to make this season and they were rewarded with their third victory on the bounce in a game that went right down to the wire.

Jack Fitzgerald opened the scoring for the visitors finishing a break from defence, Xavier Hastings adding the conversion, before the hosts scored twice to lead at the break.

Hastings scored and converted to level but Grove restored their lead within minutes. Tom Tully crossed and the boot of Hastings returned the lead for the city side as the momentum of the game swung back and forward, Tully finished off a break for his second but a try and then a penalty in the dying minutes seemed to have secured the win for Grove.

With virtually the last play of the game lock Tom Ranaboldo, cut a line with surgical precision and, seemingly dragging half of the home pack with him, drove over the line for the decisive score to stun the home side and support. The metronomic boot of Hastings added a conversion that was the cherry on top of the cake of this bonus point victory.

Salisbury host Swindon at Castle Road at Salisbury this Saturday. The North Wiltshire outfit have not enjoyed the best of starts but always seem to raise their game against the Green and Whites. It should be fun, as the City side look to extend their unbeaten run to four games.