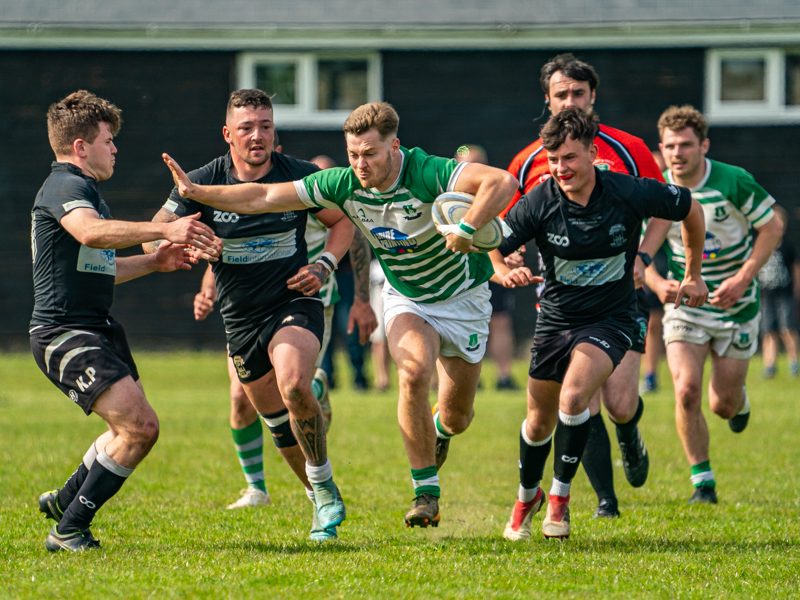 The 1st XV travelled to Swanage and Wareham RFCs ground to face their old rivals Wimborne RFC in the Dorset & Wilts 1st XV Senior cup final on a warm and sunny afternoon.

From the start Salisbury put on the pressure resulting in an early penalty and 3 points from the boot of Sam Waters. With both teams testing each other from ‘muscle’ up front to speed and flair in the backline, the first half moved in Wimborne’s favour with three tries giving a half time score of 17 pts to 3.

Salisbury reduced their penalty count coming into the second half and although Wimborne scored first, Salisbury powered their way over the line for a morale boosting try from the old warhorse Gareth Blackborow, duly converted by Sam Waters. The Salisbury set pieces worked well with a dominant scrum resulting in 3 try opportunities held up over the line. In addition, the backs unleashed some dramatic charges up the pitch but just didn’t quite get through the defence.

Wimborne continued to utilise their big ball carrying forwards to push further ahead with a further try to seal the victory with a score of 27 pts to 10.

Salisbury mens 1st XV have had a strong season and will look to build further over the summer with senior men’s pre-season training due to commence in July where new players would be welcome at the Castle Road training ground.