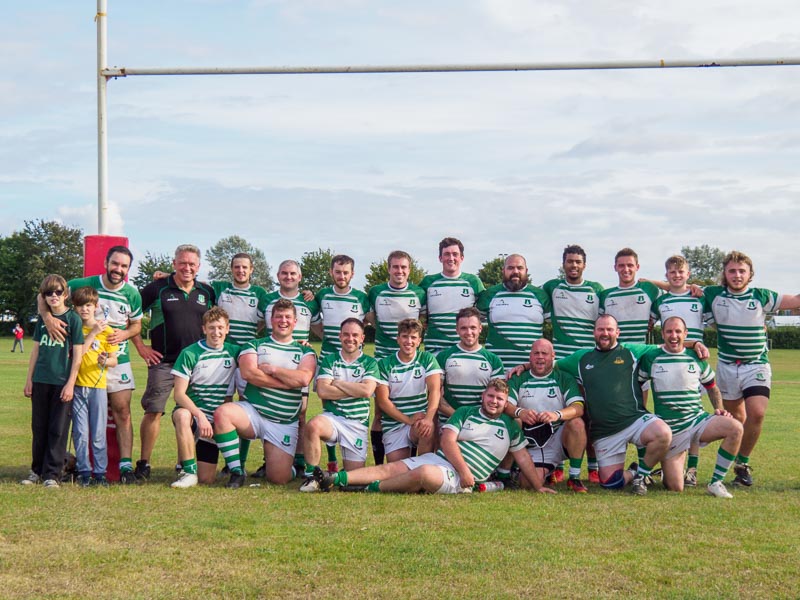 The senior mens' sides continued to prepare for the season ahead when the 1st and 2nd XVs hosted their counterparts from Andover RFC on 11th. September.

The 2nd XVs' game was a tight game with neither side giving the other any space. It took 20 minutes to get the first score, when Salisbury fullback Henry Wilson did a fine run to score behind the posts. Jamie Wright nailed the conversion for 7-0.

Five minutes later Henry scored again for 12-0. Andover replied with two unconverted tries before the break and we turned round 12-10 up.

15 minutes into the second half Nathan Samuda charged over in the corner, then Andover scored a converted try to level at 17-17. With time running out Brandon Towells broke free close to the Andover line to score our fourth. The closing minutes were quite anxious with Andover camped on our line, but we held them out and ran out victors by 22 points to 17.

The 1st XV had a similar game against Andover 1s, running out winners 27-17.

Report and photos from the 2nd XV game by John Palmer