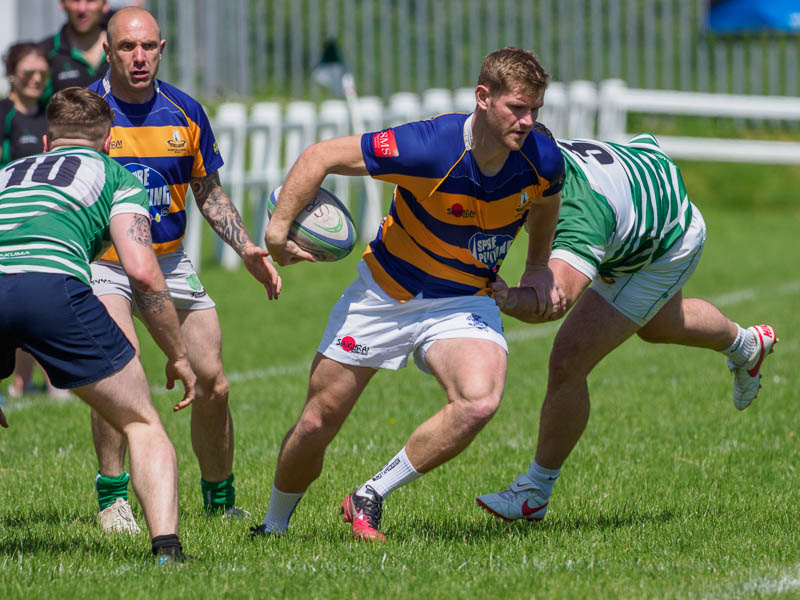 Saturday 5th. June saw the start of the 7’s season at Salisbury RFC with the club running an internal competition. Over 40 players, old and new, represented the 4 teams in a pool stage, before a shootout between the top two sides for the cup.

The pool stage saw some high scoring games. In true 7s fashion much of the scoring was the reserve of the backs with Blake Ryder, Perry Houston, Sam Knight, Jake Campey and Ben Armitage all scoring a handful of tries. Brothers Tom and Joe Tully demonstrated pace and footwork on their way to the line, but unfortunately drop kicking prowess is not a family trait. Especially embarrassing when veteran prop Gareth Blackborow slotted his conversion with ease.

The champagne rugby wasn’t reserved to the backs. Back row Joey Walker scored repeatedly between sitting down opposition players with some big hand offs. Number 8 George South showed some raw pace, Toby Daw was king of the turnover and second row Mike Lawrence made some outlandish offloads.

After the highly competitive pool the final came down to the teams skippered by Jamie Gray and Daniel Hammond. Jamie’s side ‘Baby Jesus’ were victorious in a crushing 45-7 win, especially impressive having lost to the same team in the pool stage.

Player of the Tournament was a tighter affair. There was stand out performances in the winning side from Charlie Smith and Joey Walker, but the eventual coaches’ pick was half back Sandy Wheatley who pulled the strings brilliantly for the losing finalists. A public thanks to our referees on the day, Tom Hill and Dean Crossley, who did a brilliant job and to John Palmer for taking some amazing pictures.

Targets now switch to the inaugural Salisbury Spitfire 7s on 26 June where two home sides will compete against six guest sides from local clubs. Spectators are welcome, and with the bar and food available by the pitch it should be a great day.