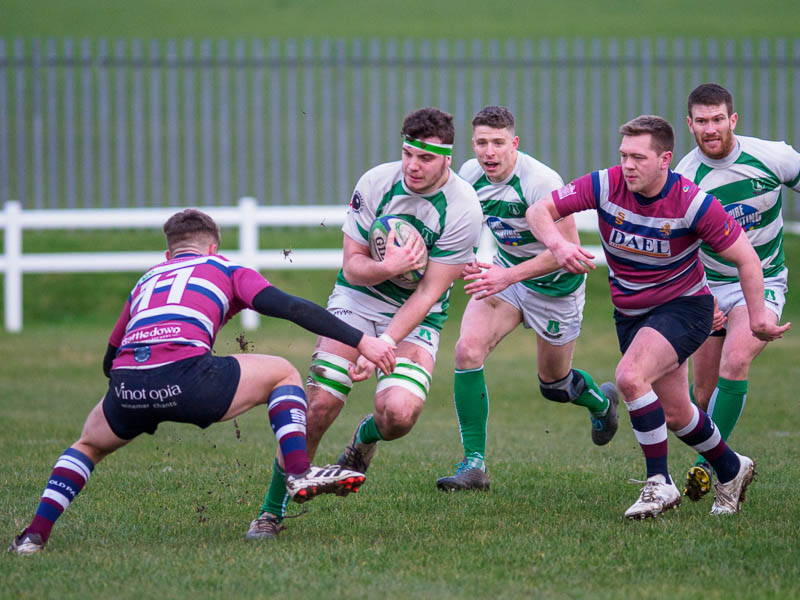 An improving Salisbury side had geared themselves up for a titanic effort against fellow strugglers Old Patesians.  Old Pats had dropped from National Division Three at the end of the previous season but looked as physical and organised as any opposition the city side have encountered this season.

With barely five minutes on the clock the visitors’ large pack was rumbling over from a maul and scores followed on a regular basis.  Long before half time the hosts were chasing the game and in an effort to force openings mistakes occurred.  A tactical replacement late in the half saw Dave Tonge restored to scrum half and Joe Tully came on at outside half.  The home support hoped that this had borne fruit when the elusive Tully stepped through the defence to score a fine try in the corner to reduce the deficit to three scores with half the game remaining.

Despite a huge effort from all in Green and White the visitors defence stood strong wherever the attack came from, and all too often were able to turn the ball over in the tackle, scoring at regular intervals.  The more the hosts pressed the bigger the gaps in their defensive line became.

Skipper Josh Green continued his rehabilitation with a return to action, cut shorter than expected by the referee, but was unable to inspire any magic from his troops. Just before the final whistle Triston Avory wriggled across the whitewash for a second Salisbury try, to leave the final score Salisbury 10 Old Pats 53.

Things are now looking even bleaker for the city side and Director of Rugby, Richard Lloyd has work to do, “our execution and organisation must improve, we are doing lots of good things but we must string them together.”  Next week Salisbury visit Oxford Harlequins and know that they need to be on their mettle.