"A" XV vs Swanage & Wareham III 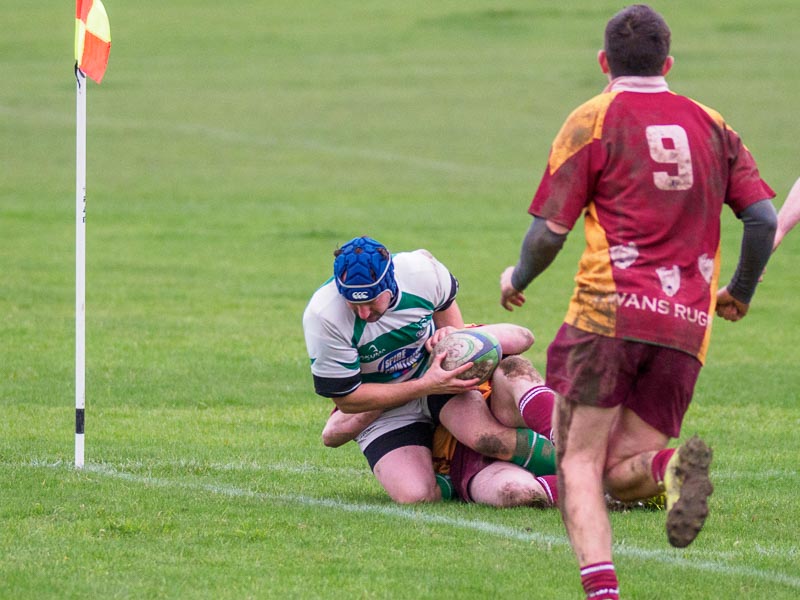 30th. November 2019 - It was a fallow weekend in the league schedule so Salisbury's Mighty Threes were able to host their counterparts from Swanage & Wareham for the match postponed from earlier in the month.

It was a hard-fought and high scoring game, and mostly pretty close. We were first on the scoreboard with a try from hooker Baz Ramsay 5 minutes in, converted by fly-half Anthony Court. Swans equalised quickly, then added another midway through the first half.

Anthony tore in to score out wide, then Bruno Halit scored our third try, converted by Anthony, to close the half and we turned round 19-12 up.

We carried on in the same vein after the break, with Ben Cullen scoring in the corner to earn the 4-try bonus point and increase the lead to 24-12. Swans scored two more tries, both converted, to take the lead.

Jake Duffain then scored from a superb run most of the length of the field to lead 29-26. Unfortunately that was it from us. Swans' big pack started to get the upper hand, and their lively fly-half who had been causing us problems all game really cut loose. They added two more tries and a penalty.

We very nearly got a consolation try right at the end but the corner flag got in the way to leave the final score Salisbury 29 Swans 39.