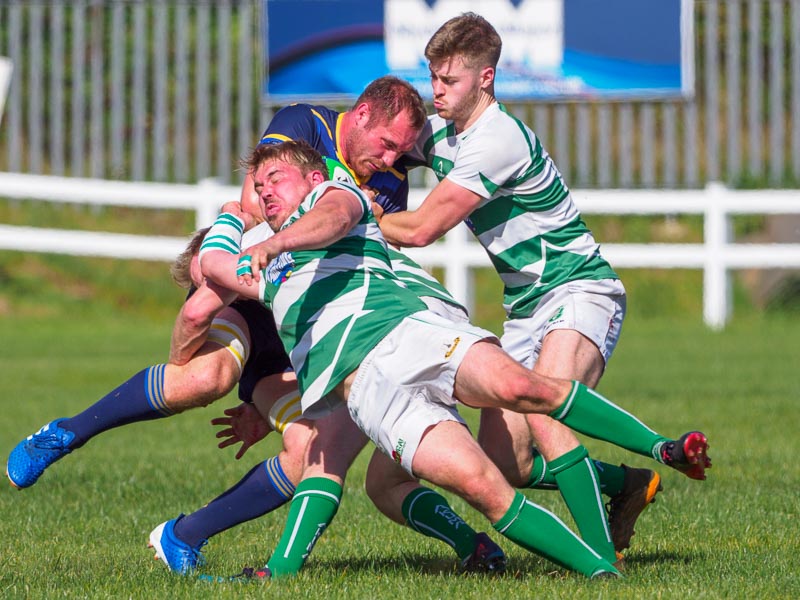 To read more about the 1st XV game plus the A XV at East Dorset then follow...

In front of a large, enthusiastic and knowledgeable crowd Salisbury turned in another performance that seemed to drop away as the game wore on.  Played in very hot conditions both Salisbury and visitors, Old Centralians, contrived to play a running game that was full of thrills but errors from both sides made life easy for the scoreboard operator.  At the break a solitsry converted try separated the sides in the visitors’ favour.

Old Cents extended their lead immediately into the second half but when Salisbury responded with just over a quarter of the game remaining as Rory McTaggart scampered over and made his own conversion all the easier with an intelligent finish, the home support sensed a revival.  Sadly it was not to be as Old Cents punished some slack defence and careless passing with six converted tries to run out easy winners 7-54.

This was not the result Salisbury needed as they look to blood new young players but there was enough there to suggest that a win is not far away provided they can eliminate the errors and compete for the full eighty minutes.

Director of Rugby, Richard Lloyd, rued the missed opportunities of the first half saying “If we do not finish (scores) when we have the chance then sides like this will punish us” and they did.  Salisbury now face a really tough trip to Old Patesians but are not the push over their early results would indicate.

Salisbury's third team travelled to Bournemouth with a bare 15 but acquited themselves well.despite going down to a first League fixture loss. Co-captains Barry Ramsay and David Veal were pleased with the team effort. The forwards won a supply of ball and the backs, despite.being unable to get over the whitewash, threatened throughout the 80 minutes.