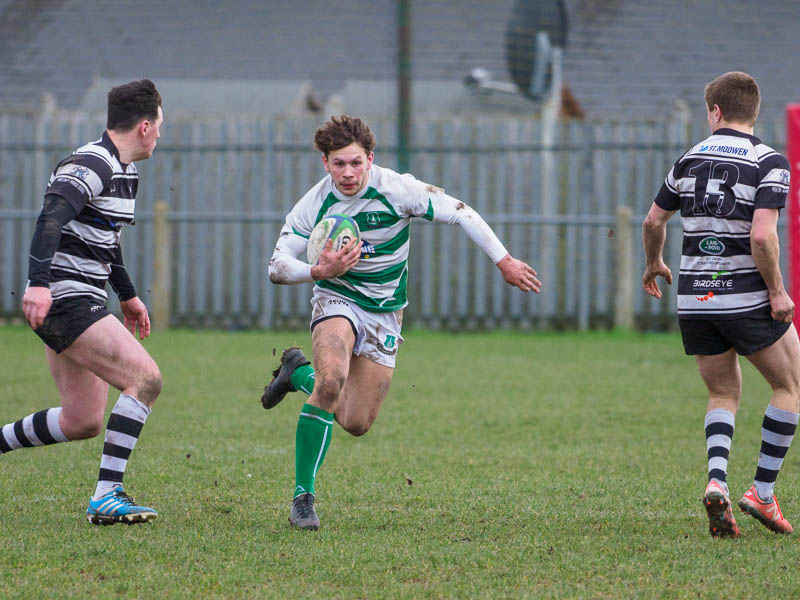 For a full report on the 1st XV's return to winning ways against Stratford upon Avon and the Utd XV entertaining Weymouth then read on...

Salisbury welcomed Stratford to Castle Road and put them to the sword with a display much more in keeping with their early season form.  On a pitch that had dried well following the torrential rain of the week, Salisbury were clinical in attack from the outset and when Nick Wotton was held up just short of the line Dave Tonge took the direct route, soaring like a walrus over the ruck, to touch down, Wotton adding the conversion.

Salisbury continued to play expansive rugby and Callum MacTaggart weaved his way over for the second, again converted by Wotton, before being denied a second when he chased and fielded Tonge’s chip but the referee deemed him offside although the large and knowledgeable crowd felt he was on side.  The hosts were attacking from all angles and a bulldozing run by Dom Porter sat the defence on their backsides. A penalty from Wotton saw the sides turn round 17-0.

After the break the visitors attempted to haul themselves back in to the game and scored a penalty but then a sweeping move saw Rory MacTaggart pop up on the wrong wing and beat the cover to scorea fine try.

Inspired by the panache of the back line, Josh Green’s pack now took matters in hand and rumbled forward, Aidan Gill emerged from a pile of bodies triumphantly clutching the ball, and the bonus point was in the bag.  Another penalty from Wotton and one for Stratford kept the scorer interested before the visitors’ strong running backs picked up a late try.  As if to reprimand them for their audacity, Wotton ‘s metronomic boot added another penalty and the relief was palpable as the ref blew for no side.

This was not the sternest test that Salisbury will have to face but after a string of defeats, and with the side restored to near full strength, it was a very encouraging performance.  Next up is the shortest trip of the year to Wimborne for a local derby, anything could happen….

Despite a large number of changes Salisbury United continued their recent run of form with a fine 40-10 win over Weymouth & Portland. The first few minutes set the tone for the game with Salisbury stretching their opponents with some find handling and close support play. Jamie Wright scoring and converting the first try before Weymouth replied with a penalty kick. Defending for long periods with James Leckenby to the fore, the home side showed patience then verve before the next score from Jack Gurney followed on the stroke of half-time by Kit Pickford, converted by Wright. The second half saw Weymouth using their big runners repeatedly, but the defence stood firm and Salisbury’s sharper attack shone with Pickford going over for his second followed by David Solaman and Reman Gurung, all converted by Wright before a consolation score for Weymouth completed the game.