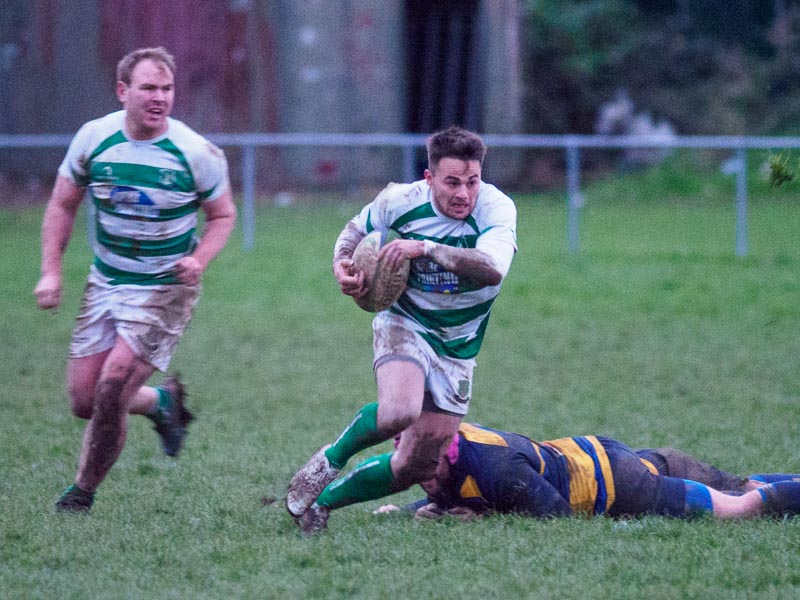 The last league game of 2017 unfortunately mirrored events of the last few weeks as injury and non availability forced to Salisbury to again field a much changed line up.  This malaise appears to be affecting many other sides in the division judging by the odd assortment of results over this weekend and Old Centralians, the hosts for this encounter, had been forced into a number of changes themselves but coped better.

Any trip to Gloucester is a tough one and this was to be no exception as Old Cents scored early and continued to do so at regular intervals throughout the match, eventually amassing ten tries.  Salisbury did not play well and picked up further injuries to their already depleted line up, the only notable attacks coming from Rory MacTaggart late in the game.

The Christmas break will give Salisbury time to lick their wounds and regroup.  It is anticipated that a number of first line players will be returning from injury in January and the Coaching staff will be working hard to erase the aberrations of the last few weeks from their young sides’ minds.  They still sit in fourth place in the table and will be looking to relaunch their promotion credentials in the New Year

The final scoreline of a 5-40 loss belied the performance of a much changed but highly committed Salisbury United. A slow poor start soon became a tenacious display, limiting Dorchester to a 0-19 half-time lead. Playing some good phases and making a number of line breaks, the crowd sensed if Salisbury could score one try then others would follow. Several opportunities and near misses were interrupted by two Dorchester scores before Dan Hobbs went over to cap a fine all round performance. Despite the visitors having the final word, Salisbury's second string could hold their heads high.