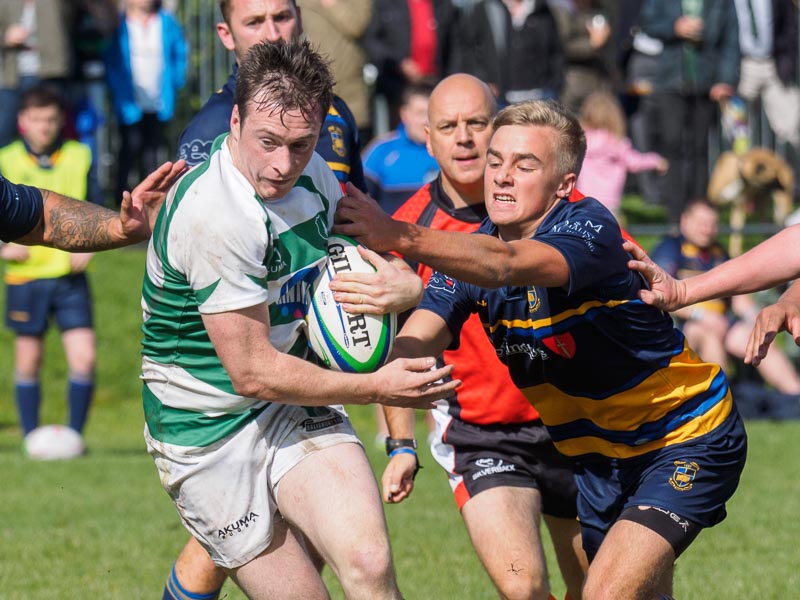 Reports on the 1st XV and United XV

Salisbury’s young tyros came up against a vastly more experienced and physical side in Cheltenham’s Old Patesians but gave another exciting performance with clear indication of what they will achieve this season.

A bright start by the visitors, playing up the slope, saw them take the lead through two Matt Loader penalties.  Old Pats struck back and made their extra weight count scoring first with a smartly executed move and then from a driving maul to take the lead.  Salisbury were still in the match but allowed a lack of composure to compromise their game plan, too often caught trying to play rugby in their own 22 metre area when a well weighted boot might have alleviated the pressure better.

Old Pats extended their lead through a penalty when Salisbury crept offside and then another driving maul under the posts, this one converted, put them firmly in the driving seat.  The final score of the half saw Loader convert a penalty from the halfway line to reduce the deficit to 20-9.

Again a bright start to the second half saw the home side defending resolutely and then relieving the pressure completely with another converted try for a 27-9 lead.  A lesser side would have capitulated but Salisbury rolled up their sleeves and attacked from all points, Richard Goffin only being denied by a superb defensive double tackle, and when Callum McTaggart was pulled back, a yellow card reduced the hosts to 14 players.  The visitors sniffed an opportunity and Dan Hammond scored in the corner.

Playing Old Pats at their own game Miles Thompson was driven over by his pack and Loader converted to reduce the deficit to 6 points.  Salisbury needed a converted try for victory and, despite being forced to defend ferociously, broke and Dave Tonge put Jack Sheldrake in at the corner.  Loader’s kick difficult kick drifted agonizingly wide and Old Patesians were home and dry but knew that they had been in a game.

It is a measure of the belief in Josh Green’s young side that they were able to overturn the half time deficit and be disappointed at the end not to have completed an unlikely victory.

Director of Rugby Stuart Roderick said “I was really impressed with our boys’ attitude; we competed and made a spirited comeback.  This is a tough place to come and Old Pats will definitely be in the shakedown come April.”

Salisbury’s second team were too sharp for a large Lytchett Minster team, helping themselves to 10 tries in an entertaining display of running and passing. With Charlie Jennings and Richard Knight pulling the strings behind a rampant pack, the outside backs were the main beneficiaries with Henry Wilson scoring a hat-trick, Paddy Flood two, and Ash Wright and Chris Miller lighting up the scoreboard. The set piece work of the forwards was also complimented with tries from Mitchell Knott-Craig, Rory Smith and Jake McConnell, Knight converting 5 times for a resounding 60:0 victory.