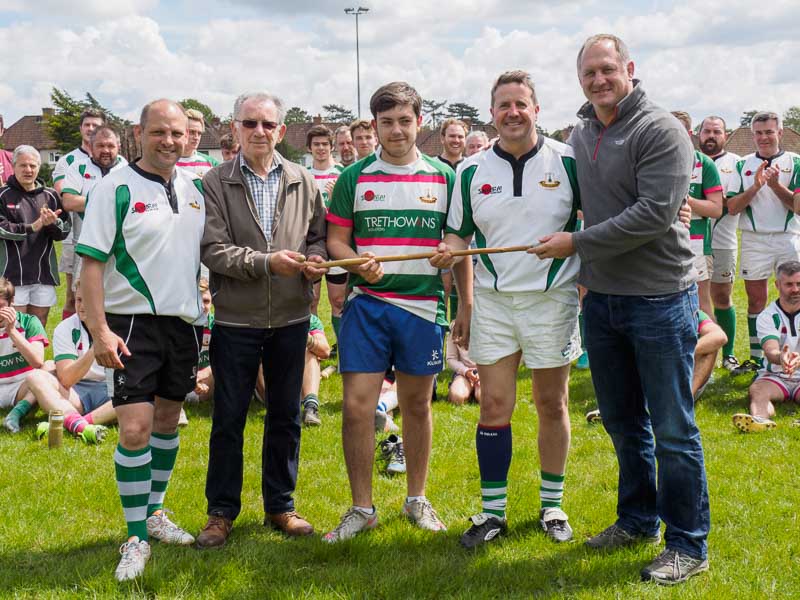 14th. May 2017 - The traditional end-of-season gallop between the Colts and Ex-Colts

It was a fine day to mark the end of the playing season when Salisbury's current Colts side took on a motley assortment of former Colts in various states of decrepitude.

This is an important day in the club's calendar. It celebrates the memory of Joe Osmond who looked after the Colts for many years prior to his tragic death, and set so many players on their way to a rugby career.

2017 was a big anniversary as it marks 20 years since Joe left us, as well as 50 years of Colts rugby at SRFC. As club chairman Richard Larcombe noted in the programme, this is point in the calendar where the past and the future collide.

As always the match was played in good spirits, with the youngsters keen to run around very fast and the oldsters countering with a combination of guile and bulk. Nobody - even the referee - is too sure of the final score but we think it was an honourable draw.

Marcus Olsen, one of Joe's former protegés, founded this event and has organised the match every year since its inception. He now feels it is time to step aside and huge thanks are due to him for this important addition to the club's calendar. We hope that we will be able to continue the tradition.