A good start for the 1st XV 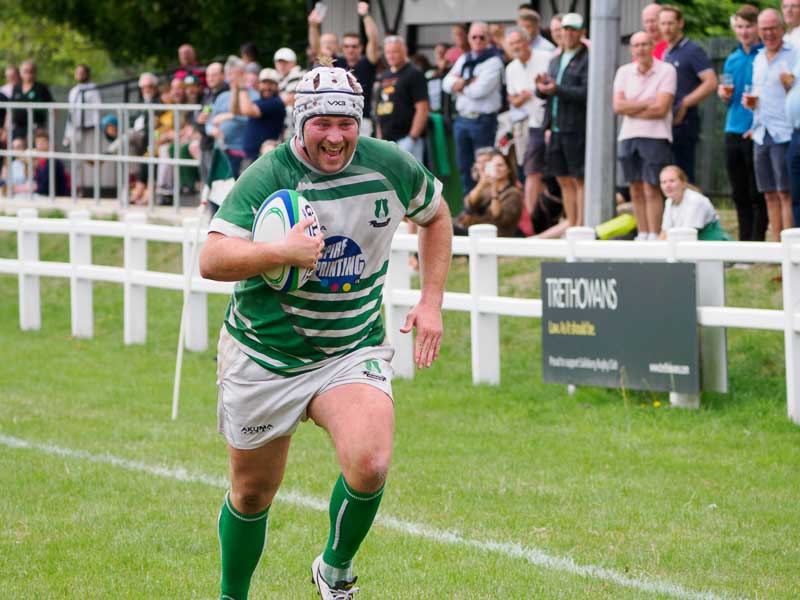 Rugby returned to Castle Road on Saturday with Salisbury kicking off their Centenary campaign in the Regional 2 Tribute South Central division against Reading.

The Berkshire club were once regular protagonists but league structures and changing fortunes have kept the sides apart for a few years.

Luke Newton, captain for the year, saw his side off to a fine start when Miles Thompson crossed early and Xavier Hastings, back in Green and White and looking a commanding presence in the midfield, added the extras. With a quarter of the game gone and the hosts in control, Hastings added a penalty.

Salisbury were dominating possession but were prone to complicating moves on occasions and this hampered their scoring but with half an hour gone fly half Blake Ryder collected in space and made no mistake in finishing the scoring for the half.

The hosts started the second period strongly and a fine line from Ryder saw him weave over for his second score of the afternoon, Hastings adding the extras. The forwards were looking for their share of the glory and Dom Porter wrestled his way over seemingly carrying the whole of the Reading defence with him before prop forward Aiden Gill popped up unmarked on the left wing to score in spectacular fashion, Hastings stretching the lead to 34 points.

Reading had the air of a well beaten side but rallied to pull back a score through Robert Cunningham before scrum half Jacques Kinnison crossed close the posts, Hastings obliging with the conversion. The final Salisbury try came from debutant Bobby Spiers for a 46-7 victory.

Coach Gareth  Blackborow expressed his pleasure, “The positive nature of the win gives us a great foundation to improve upon”. No doubt sterner tests await but a great start nonetheless.  Next Saturday Salisbury welcome Witney, who also started with a bonus point win, to Castle Road. All support is very welcome.