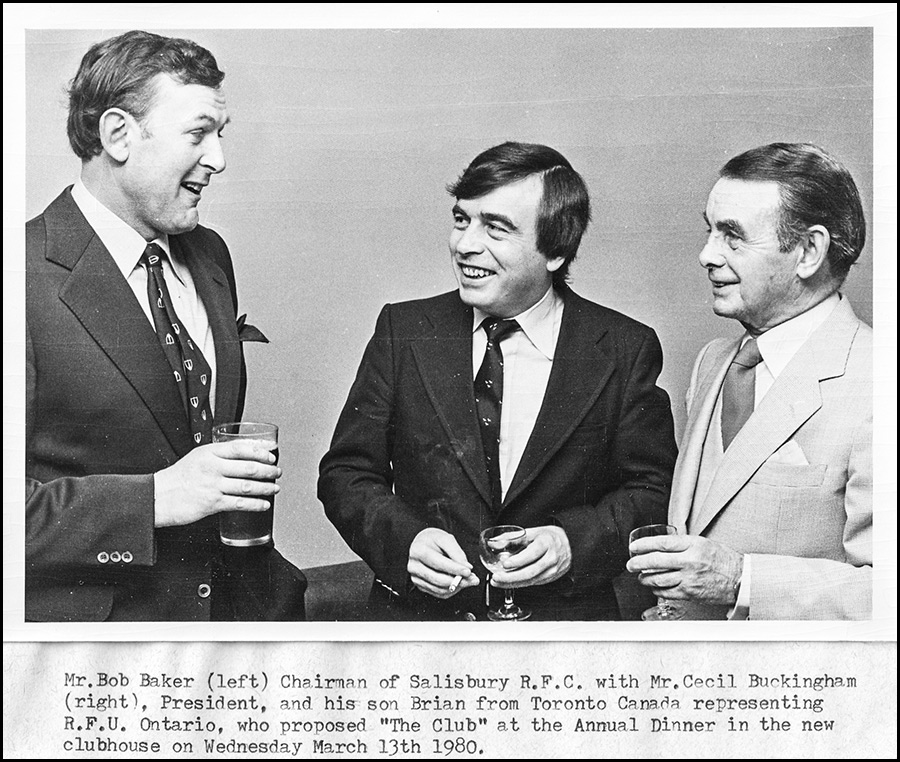 Sadly, I write to tell you that Bob Baker passed away last Saturday, 6 August.

I understand Bob was either 84 or 85 and had experienced some health issues of late, including heart problems, but typically was always very positive so it was a shock when he went into a hospice very recently for a short time before passing.

Bob was an Honorary Life Vice President of the Club and was part of its lifeblood as a player and official.  He played for Salisbury RFC in the 1950s and through the 1960s usually as a second row, mainly for the 1st XV. He was also a member of the successful U21s team that Dudley Williams ran for a while, alongside David Jugg and Alan Rogers. He was a keen sportsman, including skiing and hunting.

He then took on a number of committee roles for the Club including Secretary, Chairman and President and was hugely instrumental in us moving from changing areas behind the Cathedral Hotel in Salisbury to our first clubhouse at the bottom of the main pitch in the 60s and then, in the late 70s, from there to our present clubhouse building. He was Chairman from 1975 to 1983 and was then President from 1996 to 2008. That is 20 years' service but tells only part of the story because Bob was a lifelong servant and supporter of Salisbury RFC.

I recall when playing for the club in the 1970s and 80s that Bob was then running the family business, Chas H Baker in Milford Street, which meant him being there on Saturday afternoons. However as soon as he shut the shop he always came straight to the club to buy the team a jug, and then himself a beer. His unconditional support of the players continued right through to last season.

Bob, seemingly always happy and humble, made huge and wise contributions to our club over many years and we will miss him very much.

Our thoughts of course are with Maureen, his wife of some 60 years, son Neil, and daughter Vicky and family.

Bob's funeral is planned for 11:00 on Monday 5th. September at St. Thomas' Church, Salisbury, followed by a celebration of Bob's life at the Rugby Club.

Thanks to Jim Olsen for the photo of Bob from 1980.