1st XV vs Combe Down 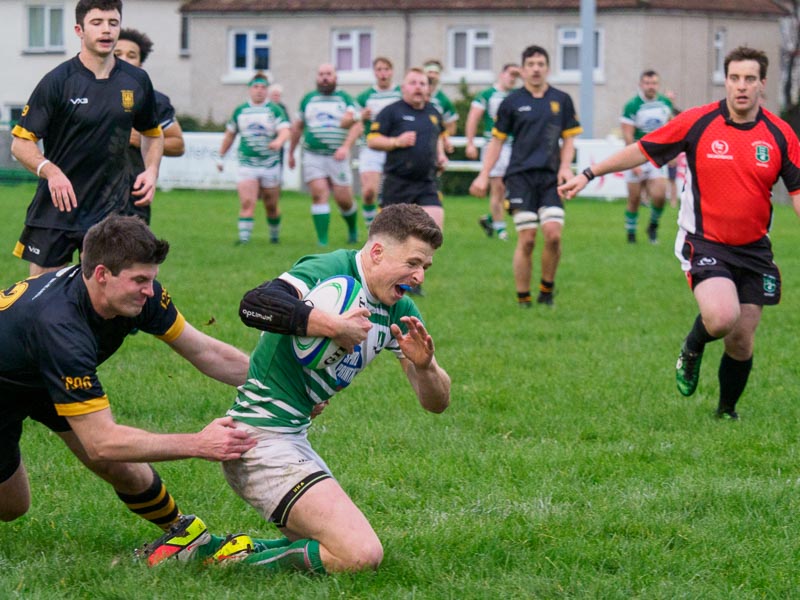 Salisbury’s visitors Combe Down are regarded as Britain’s oldest village rugby side and are celebrating their 125th year in existence this season. Although the home side were pleased to welcome them to their Castle Road ground they were less charitable on the pitch running in eight unanswered tries over the course of an extended eighty minutes.

Tommy Tully kicked the hosts in front in the second minute and Dan Hammond scored the first try barely ten minutes later. Although the visitors were achieving parity in the set piece once the ball was released Salisbury looked to be the better side and Ross Bealey, William Lewin and Ed Crossley all added scores before half time with Tully notching two conversions.

A lengthy delay while an ambulance was summoned for an injury to a Combe Down player during which both sides struggled to stay warmed up in the conditions meant that the game would run into virtual darkness but the home side did not let up. Max Bishop scored before Lewin grabbed his second of the afternoon and the City side were well and truly in the ascendancy.

Combe Down struggled to match the fitness levels on show and Salisbury duly put them to the sword, unswayed by the visitors’ attempts to disrupt their rhythm. Bishop scored another before veteran Gareth Blackborow rumbled over to the delight of the home crowd. Tully added the extras to turn the lights out and put Combe Down out of their misery.

Next week Salisbury travel to lowly placed Corsham, aware that a banana skin could be waiting for them, before their eagerly awaited top of the table encounter with high flying rivals Devizes in two weeks time at Castle Road. Coaches Blackborow and Jonah Thorpe will bring all of their experience to bear to ensure that complacency is not allowed to creep in as a tough December and January await.