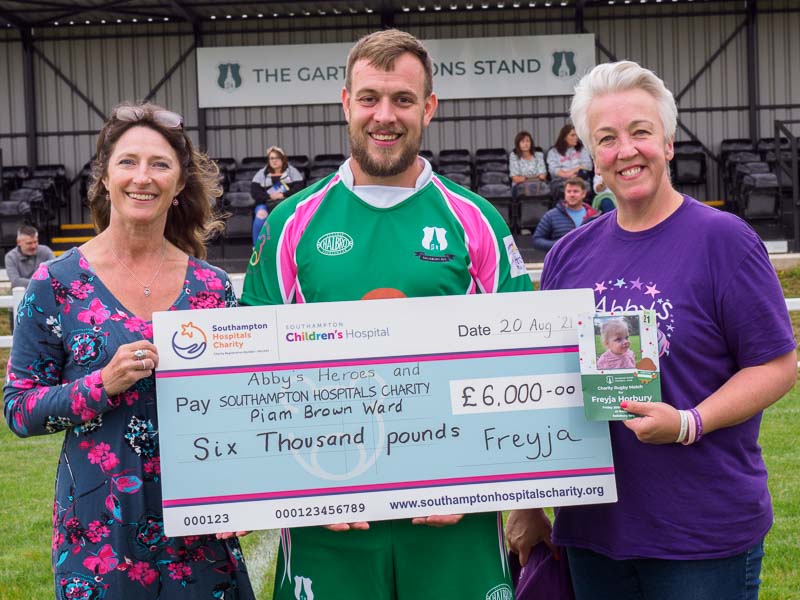 20th. August 2021 - Salisbury Rugby Club held an evening match in memory of Freyja Horbury, who we lost to cancer soon after her third birthday earlier this year.
Freyja's dad Tom organised the game to raise money for Piam Brown Ward at Southampton Hospital, and Abby's Heroes. The match drew more than 50 players of all vintages, from recent recruits into the seniors to grizzled old veterans, and a good crowd of spectators.
Before the game Tom presented a symbolic cheque for £6,000 to two charities which had supported Freyja - Piam Brown Ward at Southampton Hospital, and Abby's Heroes. By the time we finished the evening it had grown to more than £7,500.
Report and photos: John Palmer