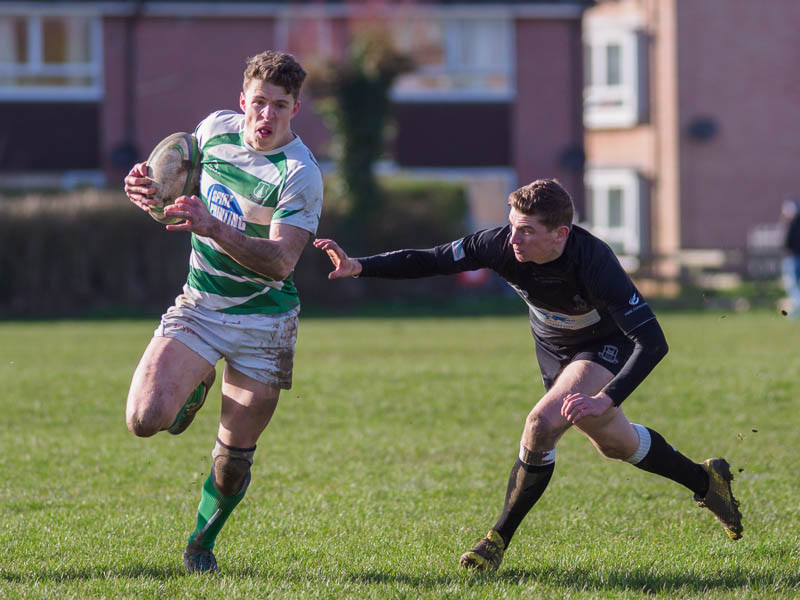 1st XV away at Wimborne

Salisbury made the short journey to Wimborne, another side vying for relegation, and this game indicated that the likelihood is that their rivalry will be renewed next season, albeit at a lower level.

Nik Wooton’s late arrival forced the visitors to shuffle their hand and Rory McTaggert moved to fly half and turned in a very impressive performance in this influential position.  Salisbury showed ambition from the start and with barely five minutes on the clock Angus Johnson crashed over for a score.  The game swung back and forth but the city side continued to play a strong running and offloading game with Gareth Blackborow, Mike Dawaulder, and Johnson to the fore.  Richard Goffin, now fully restored from injury, was a ball of energy around the park and Dan Hammond threatened from deep at every opportunity.

Wimborne pulled back a try and a penalty to lead at the break and added another early in the second haly but with the strong wind now at their backs Salisbury came again through Hammond who raced home for a score.

The visitors were now in the ascendancy and pressed for another score, Sean Galloway, eventually obliging from close quarters, Wooton adding the conversion for a lead.  Wimborne responded with another score and a three point lead.

As the storm clouds gathered Salisbury applied pressure to the home line, destroying the home eight in the tight, and driving for the line from a line out only to lose the ball as they crossed the line.  Wimborne cleared and the chance of a victory was wrenched from the Wiltshire side’s grasp.

Disappointing? Yes, but positives aplenty, in a disjointed but better performance and the sense that more is to come.

Salisbury's second team won an important relegation battle on Hudsons Field, defeating Lytchett Minster with a running display that defied the underfoot conditions. Henry Wilson scored a brace including a fine individual effort. Not to be outdone, Mark Lerpiniere added two of his own with Mike Bryan kicking all his goals to secure a very pleasing 28:22 victory.