1st XV at home to Banbury 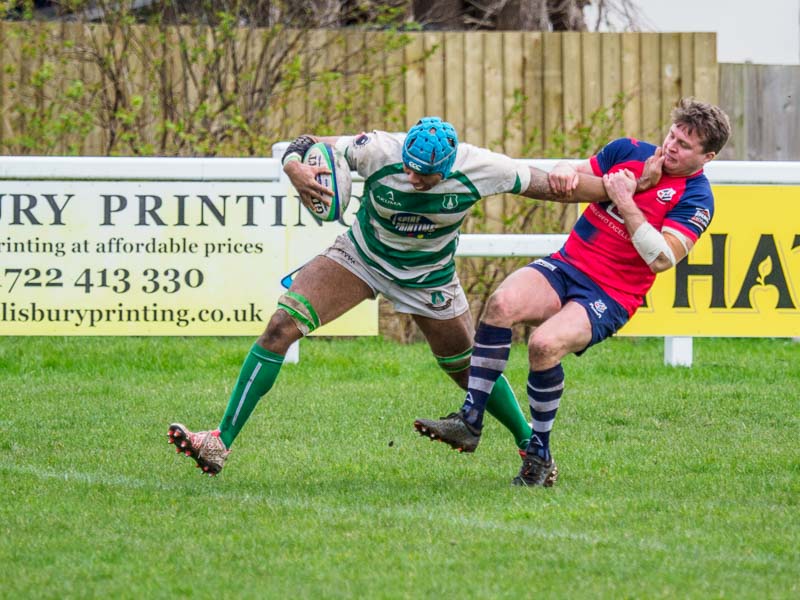 High flying Banbury came to Salisbury promising to be a stern test but encountered a side up for the challenge.  The home side went toe to toe with their visitors and, had they been slightly more clinical in the first half, might well have had some scores to their name.

The sides were matched in the set piece but Banbury looked to have the better drilled set of backs while Salisbury relied on spontaneity and flair as they searched for chinks in the opposition armour.  Sadly at half time, despite a gallant effort the hosts were adrift by 5 points.

In the second period Salisbury seemed to tire and lose some concentration allowing Banbury to slowly but steadily build a lead.  In front of a larger and knowledgeable home crowd, who were enjoying the combative nature of the match, the city side gradually clawed their way back and first, the indefatigable Richard Goffin scored a try, and then James Kennedy crashed over for a second, Nik Wotton converting the latter for a 12-31 final score.

This result is harsh given the Salisbury display over all but reflects the misfortune that befalls a side who miss crucial tackles.  Next up is a trip to Buckingham and the coaching team of Jeff Watt and Nik Mould will be keen to move another step forward and perhaps achieve that elusive first away win.