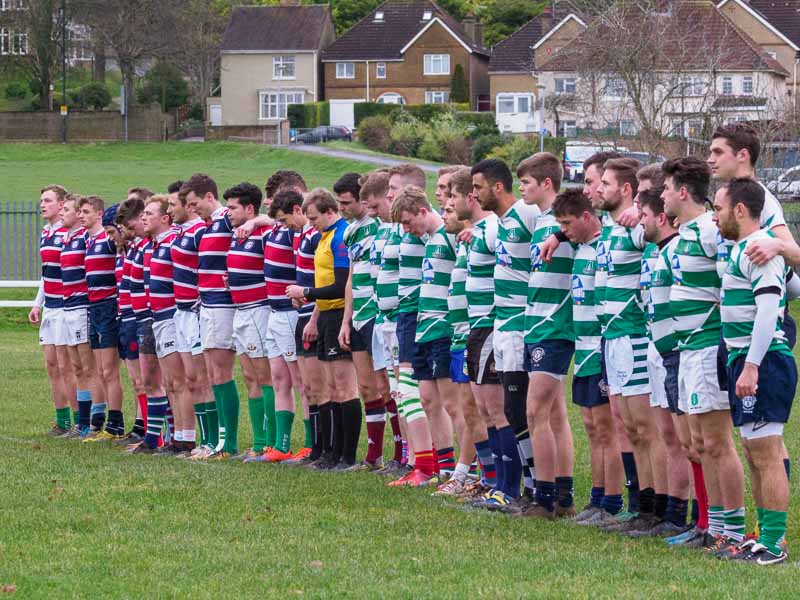 On Boxing Day the club hosted the annual match in memory of Rory Walworth.

Rory was a young player at Bishop Wordsworth's School and the club who lost his life in 2009 in a cycling accident.  Despite the gloomy weather a good crowd of present and former players and supporters, from the club and the school, turned out for the annual match played in his memory.

The club hosts the match every Boxing Day with help and support from the school.  It has become an important occasion for old friends to gather, to play a game, and to celebrate Rory's memory.  As always there was a great turnout of former and present players, with a large crowd cheering them on.

The match is always played with ferocious intensity but in good humour. The match was refereed by Adam Wookey, a friend of Rory's and himself a former junior player at SRFC, now a National Panel referee. Adam had his hands cut out to keep charge of a boisterous bunch of lads but managed the game well, and fortunately nobody had their Boxing Day spoiled by injury.