Three generations in the 1st XV 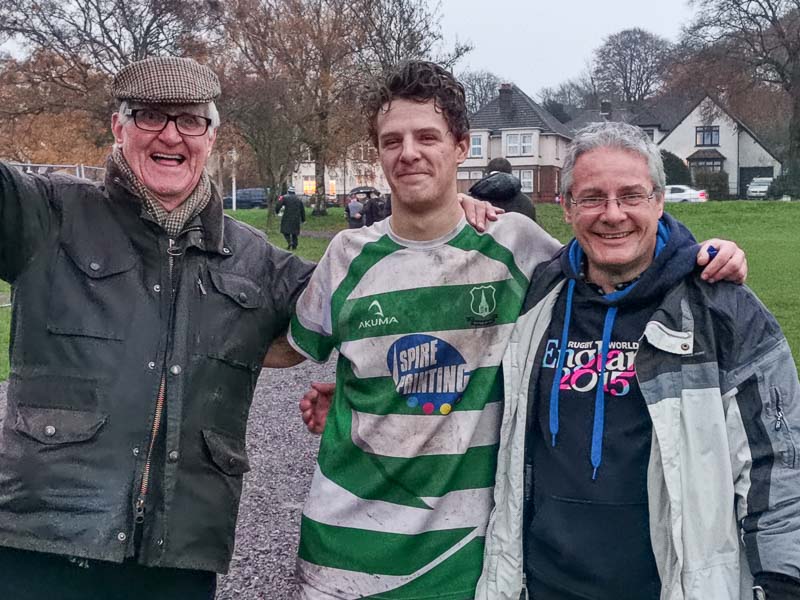 In the home game against Buckingham, we welcomed a new dynasty to the club.

Here at SRFC we pride ourselves on being a family club. We are always pleased when players who have come up through our Minis and Juniors take the field with the Senior teams, and we have several home-grown players representing the club every Saturday. Many times we have seen sons follow in their fathers' bootsteps in the Green & White. A few times we have had grandsons following as well, and we have now added a new family to that list.

Daniel Jugg has played all through our age groups, and this season made the step up from age-group to senior rugby. In the Under-7s in December 2007 he was one of our first mascots, leading the 1st XV onto the pitch. Almost 12 years later, on 23rd. November 2019, Dan made his 1st XV debut coming on as a replacement early in the second half against Buckingham. Dan's grandfather David Jugg represented the 1st XV in the 1950s and 60s, as did father Russell in the 80's and 90s so it was a proud moment all round.

It turned into a dream debut for Dan. He had to wait a long time standing out on his wing in the rain before he got his hands on the ball. He made up for the wait by scoring a try with the last move of the match, which gained us an important bonus point.

David continued playing through the 70s and thinks he even turned out for the Vets in the 80s, while Russell still regularly turns out for the 2nd and 3rd XVs. So if history is any guide, Daniel has a long playing career ahead.

The photo is of Dan after the game, with grandfather David on the left and father Russell on the right.