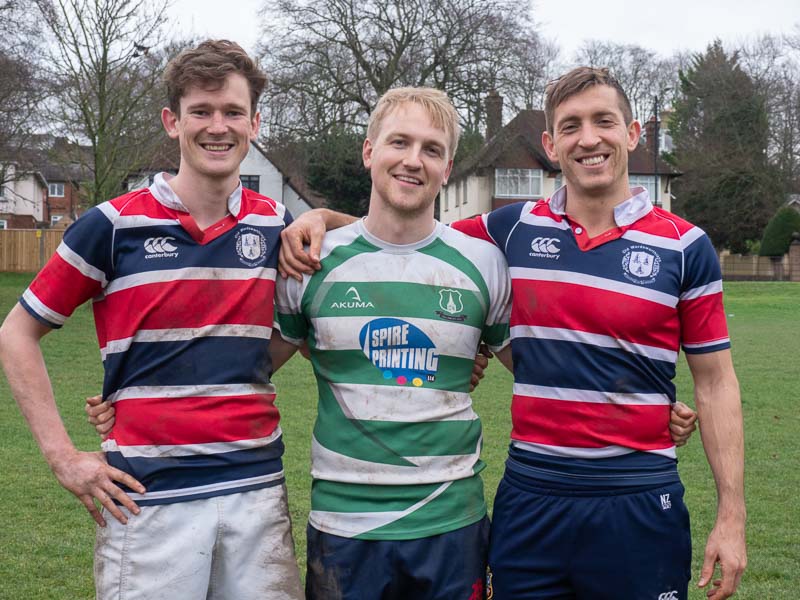 On Boxing Day Salisbury Rugby Club hosted a crowd of present and former players and supporters, from the club and Bishop Worsdworth's school, for the annual match played in the memory of Rory Walworth.  Rory was a young player at the school and the club who died in 2009 in a cycling accident.

The club hosts the match every Boxing Day with help and support from the school.  It has become an important occasion for old friends to gather, to play a game, and to celebrate Rory's memory.  As always there was a great turnout of former and present players, with a large crowd cheering them on.

The teams contesting the match are called the Tanks and the Rozzas, after Rory's nicknames.  There is a bucket collection to raise funds to support junior rugby at the club which over the years this has raised a substantial sum. This match was the 10th and to celebrate this, the club hosted a dinner in the evening with an auction which raised £6,620 for the Wheels4life charity, of which Rory was an enthusiastic supporter.

The match is always played with ferocious intensity but in good humour, and thankfully there were no injuries. Match referee Adam Wookey - a friend of Rory's and himself a former junior player at SRFC, now a National Panel referee - said afterwards:

"It was hard work keeping a bunch of boisterous lads full of Boxing Day spirit under control. But it was a great game and I really enjoyed it".