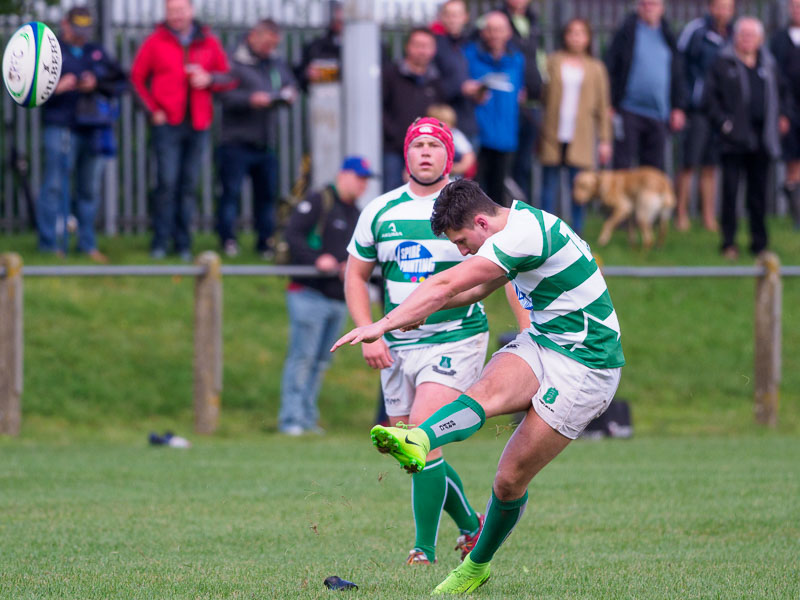 Salisbury welcomed Gloucester outfit Old Centralians to Castle Road and turned in a first class performance in the autumn sunshine.  As the two sides tested each other for an early advantage it was Old Cents who scored first from a penalty as Salisbury were deemed to be offside, but Matt Loader kicked the City side level and then into a lead with a superb penalty from the left wing.

Salisbury were shifting the ball quickly and Jack Sheldrake took full advantage to cross for his second try in as many games with Loader adding the points.  Salisbury were adventurous and unlucky not to capitalize on their pressure with searing runs from Dan Bennett and Christian Metson.  The pack, with skipper Josh Green shifting into the second row, looked fitter and stronger than their opponents and Richard Goffin was everywhere in the loose.

Callum McTaggart showed his turn of pace when he cut inside to break the line and found Dave Tonge in support to complete the score with Loader’s metronomic boot once again converting for a 17 point lead.  Old Cents rallied, or perhaps Salisbury were guilty of taking their foot off of the gas, and a converted try just before half time reduced the deficit to 20-10.

The hosts continued to set the pace in the second half with Tonge and Loader in complete control of the midfield, and the Salisbury back row of Bobby Saunders, Paddy Dickson and James Hill making a nuisance of themselves all over the park.  Gareth Blackborrow reaped the reward on behalf of the front row when he crossed for a try and then Tonge scampered in for a second, both converted by Loader who also added a penalty.  Old Cents were awarded a penalty try to the amazement of the crowd but the home side enjoyed the last say with another Loader penalty.

Next week Salisbury travel to Old Patesians who are also unbeaten after two matches and will be hoping to reproduce this form.  Skipper Green stated “It was nice to play in the style that we want to play, and with a high tempo; a lot of sides will be unable to deal with that.”

A spirited second-half comeback was not enough to prevent the United XV going down 33:20 away to Dorset Dockers in Christchurch. In the first half Salisbury struggled to contain the direct and forceful running of their Dorset opponents going in 26:3 down, Stables stroking a lone penalty. But by tightening up the game and forcing penalties, the United dragged themselves back to 20:26 with tries from Jack Tibbitts and Chris Stables, who converted both and added a second penalty for the losing bonus point, only to have it cruelly taken away with a scrambled try in the final moments.

Photos from the 1st XV's game against Old Centralians: