U15 host two touring teams for last game of the season 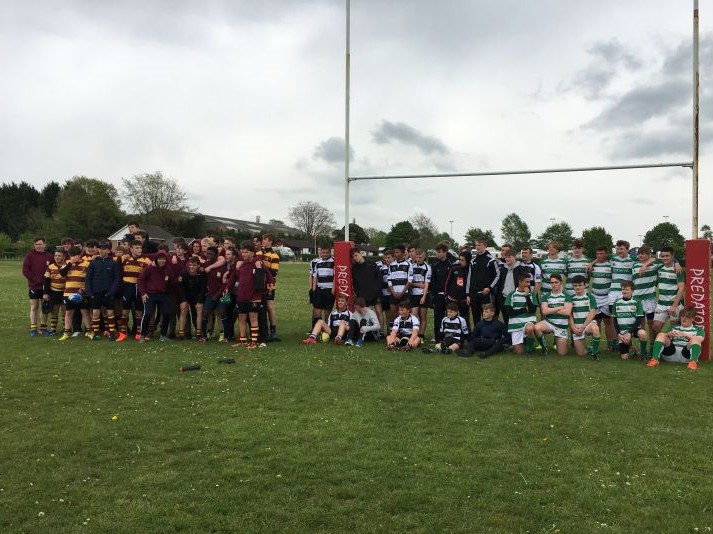 Having agreed to welcome touring teams to SRFC on a weekend when we knew that we had about half the squad unavailable, SRFC lost player availability rapidly on the run up to this game and ended up with only 11!  Which was about half Sutton & Epson and a third of Westcliffe numbers.  Nonetheless, with fun and enjoyment of the game being the main driver for this event, we agreed that players would be borrowed and lent between clubs and that the format would be focussed on player involvement rather than competition.  Three 20min games ensued, with SRFC borrowing players from each of the non playing clubs (many thanks to those boys who temporarily changed clubs!), and a good morning of rugby was achieved.

Thanks to Rich for performing ref duties and to Dave for marshalling the 'SRFC' teams on the day.

So that's it: the last game of the season.  A fantastic season for the U15s overall and a great platform on which to build for next year.  Thanks to all for their contributions.