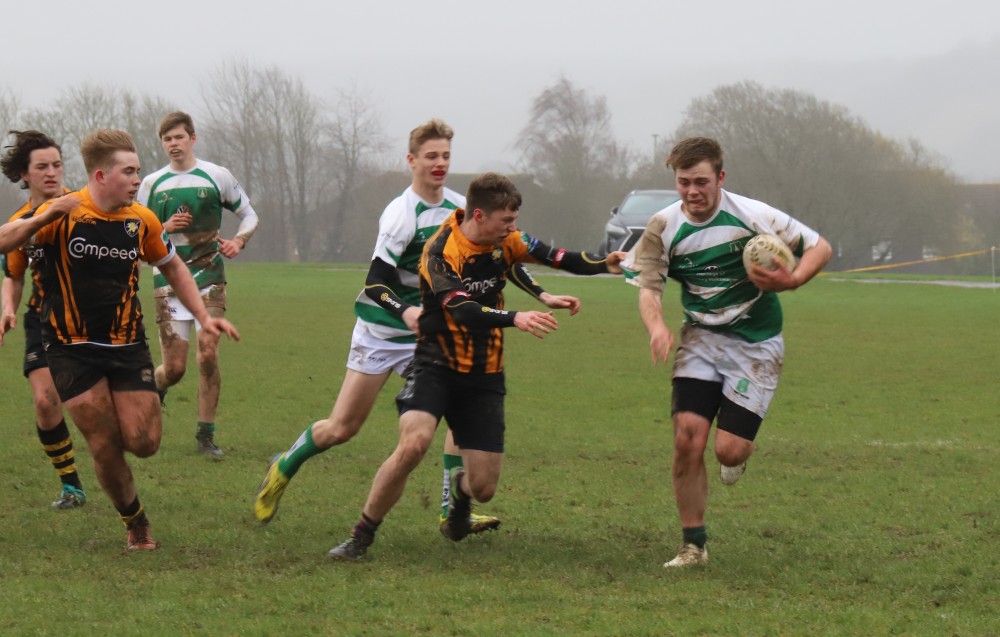 What a difference a month makes. After putting together several good results in the warmth of February, Salisbury came down with a bump in the cold, wet and windy conditions at Marlborough on Sunday 3rd March.

The weather was atrocious but the same for both sides and Marlborough handled them much better. Playing with a gale force wind in the first half, Salisbury tried to force the play on too many occasions only for the wet slippery ball to be lost forward giving Marlborough plenty of opportunity to build pressure. After playing so well against Dorchester with constant support this was the complete opposite. In the wet conditions the structured game was too often forgotten about with single runners being turned over or the support player being too far away and not able to hold the pass when it was made. Marlborough were very well drilled and played a direct and simple game which consistently put Salisbury under pressure and gradually built up a sizeable lead by half time against the wind.

Although against the elements in the second half, Salisbury did tighten up but were unable to stop Marlborough. Going into the final few minutes Salisbury had nothing to show for their efforts. From the last play of the game Salisbury took a penalty in the Marlborough 22 and Sam Goldsmith crashed through to put some points on the board. Unfortunately the conversion drifted wide in the windy conditions.

Although not the best team performance the team did show commitment and played until the final whistle. There is a lot of positives that can be taken out of the game but plenty to work on to keep faith in the structures in place.