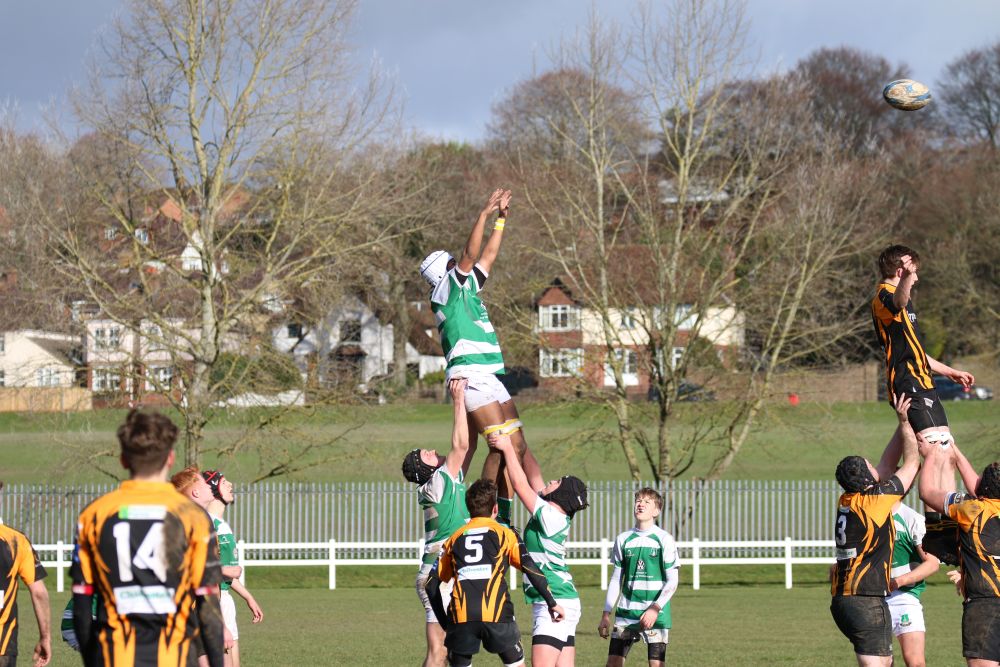 Salisbury Colts entertained Marlborough in the league on a bright but windy Sunday afternoon prior to the England 6 Nations match against France. Both sides found it difficult in the windy conditions but playing with the wind Marlborough scored first to go 5 points up late in the first half.

Both sides were finding it difficult with passes not finding their man when the try line beckoned. Salisbury managed to put some phases together at the end of the first half and forced their way over the line close to the posts just before the end of the half. Cameron Mould kicked the conversion to put the home side up 7 - 5 at half time.

Although Marlborough had a good squad, they were forced to use the bench early because of injuries. Salisbury could rotate players with a full bench and made rolling changes throughout the match. This enabled Salisbury to maintain the tempo in the second half and with the wind behind them should have started the second half the stronger. However, it was Marlborough who immediately put pressure on the Salisbury line and it was only desperate defence that kept them out. Salisbury took heart from denying Marlborough a score and made use of the wind to keep Marlborough in their half and maintain pressure. The pressure began to tell and Salisbury took control. Marlborough still looked dangerous on the break but Salisbury were doing most of the attacking. With the advantage of rolling subs and the wind, Salisbury ran in 6 tries in the second period with 3 more conversions to leave the full time score Salisbury 43 - 5 Marlborough.

This was a good performance, but there is still plenty to work on. The accuracy of passing and close support need to be improved if we want to challenge to win the league. Marlborough looked dangerous at times and were unfortunate not to have scored on several occasions.