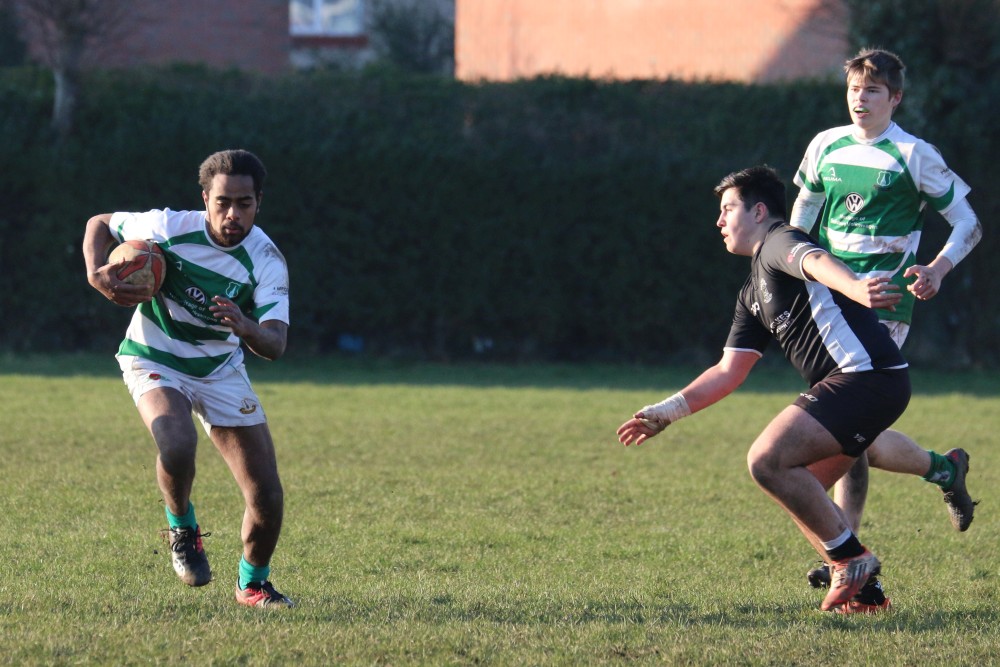 Salisbury travelled to Wimborne for the cup semi-final but were met with a very strong and well drilled Wimborne side. The first half was quite a tight affair with Wimborne scoring a well worked converted try through a switch in midfield. Their second unconverted try came from a breakaway in their own 22 to leave the half time score 0 - 12.

The second half continued to be quite tight but Wimborne were gaining the upper hand and with the Salisbury defence tiring ran in further tries 5 tries. Salisbury did manage a nice consolation try through a kick chase and never gave up leaving the final score at 7 - 45.

There was a lot of good play by Salisbury to build upon but need to keep possession when the opposition is under pressure. To many times the ball was lost through lack of support giving the opposition a chance to breakaway.