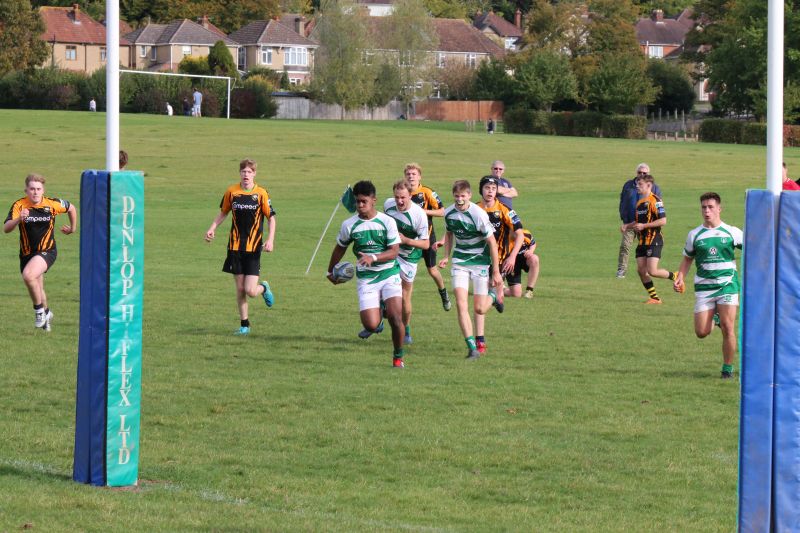 After losing the first league game of the season to Marlborough in September, Salisbury were determined to do better. Salisbury started more committed and dominated possession for the first few minutes but their over-eagerness saw them commit too many players to the breakdown and Marlborough quickly spread the ball to find space and score. The pattern of play was repeated to allow Marlborough a second score before Salisbury settled to make their possession count and score their first points of the game. The game ebbed and flowed with Marlborough scoring twice more to Salisbury's one to finish the half Salisbury 14 - 22 Marlborough.

Salisbury started the second half the same as the first and with Marlborough only travelling with 15 players gaps were starting to appear in the visiting defence. The ability to rotate players and keep up the momentum saw Salisbury take control and score seven second half tries to Marlborough's two to leave the final score Salisbury 55 - 34 Marlborough.