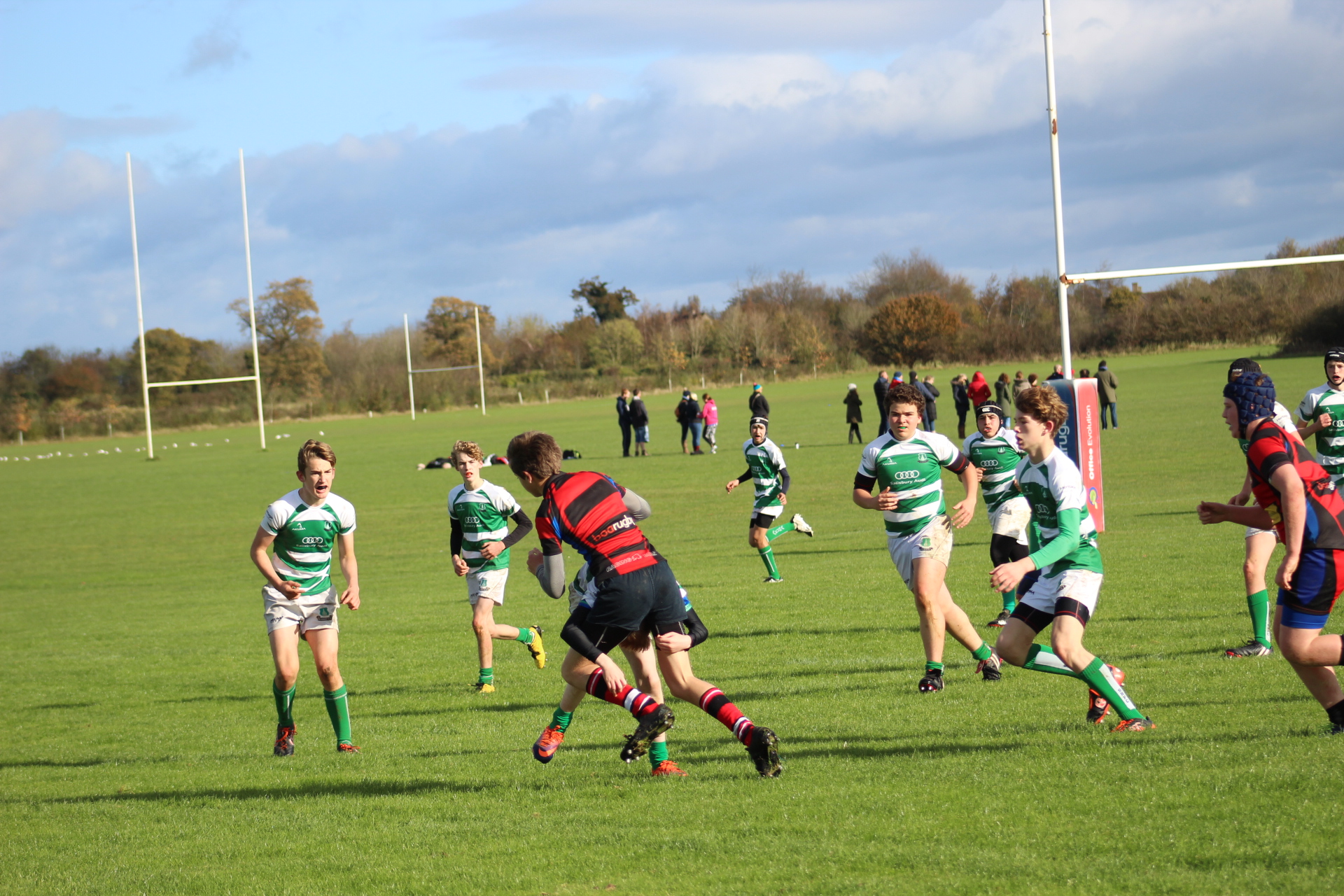 The big and well organised Bradford on Avon U14s are always a tough challenge, and so they proved to be on 5 November – Salisbury’s second D&W cup match.

It was a game played with great spirit and determination that, despite the score line, could have gone either way. A quick line break try from BoA woke Salisbury up, and was followed by a 40 metre run in from Max W, converted by Byron to make the score 7:5.

BoA backs were indecently quick off the mark at rucks and set pieces, shutting down several Salisbury attacks, but were eventually reined in by the ref, with a little assistance from the touch line. Rucks were fiercely contested with BoA very sharp at jackaling, leading to several penalties against our boys for holding on and as a result Salisbury conceded another two tries before the half time whistle. In the second half, Salisbury's line speed was better and put BoA under pressure. Fraser D battled up the field and got loose, but a very good tap tackle stopped him. Danny (players’ player), Ryan and Fraser O’G ran straight, rampaging runs and it was usually only the fourth tackler that put them down. Callum G and Sam T (coaches’ player) put in some text book tackles, again and again. The Salisbury scrum was dominant through both halves, and won an important one against the head on the Salisbury 5m line to get out of trouble – well done the unsung heroes in the engine room. Byron was mercurial as usual but was being closely watched by the opposition. He collected a kick around the half way line and ran through several defenders to put Callum K into space, who drew the last defender and popped a beautifully timed pass to Ollie for him to score Salisbury’s second try in the corner. Sustained pressure from Salisbury resulted in several near misses, but BoA defence was strong, holding the ball up over the line on one occasion, and the boys could not convert the pressure into points. Another two breakaway tries from BoA sealed their victory at 27:12.

Lots of positives for Salisbury – better defensive organisation, scrummaging, quick hands out to the winger, mauling - but as always lots to work on too. Thanks to BoA for hosting us so well in glorious sunshine on the pristine 1st team pitch.