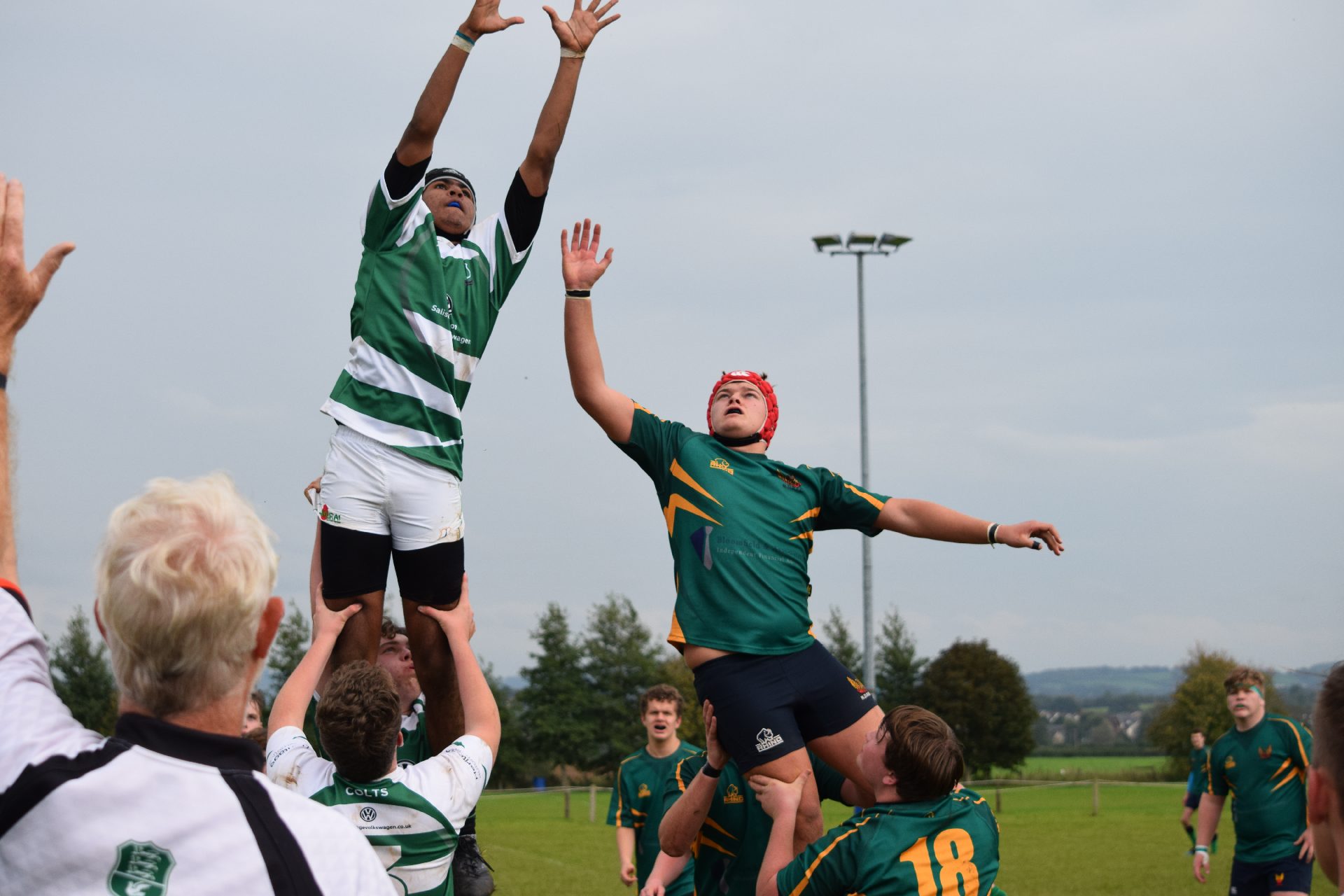 Due to late injury withdrawals, Salisbury colts were only able to raise 15 players once again to travel away to North Dorset. The game kicked off 10 minutes late due to a couple of late arrivals but Salisbury started brightly, undeterred by the late positional changes and lack of substitutes. North Dorset took the kick and Salisbury gathered well and started to work their way up field. Salisbury maintained possession and kept on the front foot but North Dorset's defence held firm. Despite going through multiple phases of possession, the Colts could not create a gap in the defensive line. Eventually North Dorset achieved a turnover and cleared their lines. Suddenly North Dorset were on the front foot and started to use the forwards effectively. Salisbury were defending valiantly but their lack of familiarity caused gaps to appear. North Dorset made the most of the opportunity and from a ruck close to the Salisbury line passed the ball to a forward on a crash ball who drove over the line for the first score. The conversion was converted for a seven point home lead. This pattern of play continued from the restart, with Salisbury playing multi-phase rugby but lacking a cutting edge and unable to break the North Dorset defence. Given the opportunity, the home side made the most of any chance and before long, they had scored two more tries and added a further conversion. Salisbury found themselves nineteen points down. As shown in previous weeks, their heads did not drop and they continued to play with heart and commitment. They continued to work through the phases and maintain pressure on the opposition. From a turnover on the home 22 the ball was spun quickly down the line. Adam Farr, playing at outside centre, fixed the defence and slipped the ball to the left wing who ran in to score in the corner. This was followed by an excellent conversion by Cameron Mould from the touchline. North Dorset were still in control of the game but the score had given Salisbury renewed purpose. Salisbury found touch in the home 22 and surprisingly North Dorset tried to take a quick throw in. Salisbury had chased the kick well and the receiver from the lineout was immediately put under pressure. He had no choice but to kick for touch. The kick was charged down and picked up by Salisbury. With the opposition out of position, Salisbury pounced and quickly spread the ball wide to outstrip the defence for the left-winger to score again. The conversion from wide out was missed but Salisbury were now back in the game.

Salisbury started the second half in the same fashion that they started the first. With renewed self-belief and team spirit, they were soon putting pressure on the home try line. This time North Dorset were unable to break the siege and Bobby Spiers drove over the line from a ruck close to the posts. The try and conversion meant that Salisbury were now level at 19 apiece. A shoulder injury meant that the Daniel Jugg, playing at hooker, could not continue. North Dorset matched numbers so the game continued with 14 a side. The change in numbers did little change the structure of the game with both sides attacking and defending in equal measures. Salisbury were the first to break through with good interplay and offloading Salisbury created a gap for Nathan Samuda to run through and score. Cameron Mould kicked the conversions to put Salisbury 26-19 in front. Salisbury had now scored 26 unanswered points but the effort involved to achieve this and the lack of any substitutes began to tell. North Dorset applied a sustained period of pressure to draw in the Salisbury defences to allow the left wing to score in the corner. The conversion from wide out was missed leaving Salisbury two point to the good. Salisbury knew this would not be enough and went on the attack. Both sides now were showing sign of fatigue but Salisbury managed to recycle quick ball in the middle of the park and punch a hole through the defence. Support was quick to arrive and the ball was off loaded once again to Nathan Samuda to score his second. Cameron Mould kicked the conversion to put Salisbury 9 point ahead at 24 - 33. With 5 minutes remaining North Dorset scored and converted to make it a two point game again. Salisbury were now out on their feet but somehow kept going. North Dorset were looking the stronger but met a determined Salisbury defence. With the last play of the game, North Dorset attacked from the base of a scrum. With good handling and loops created a gap for the winger to score a certain try. Somehow, Cameron Edley had managed to get across from blind side to make the crucial tackle and force the winger into touch. The ref blew the final whistle to great relief and jubilation.