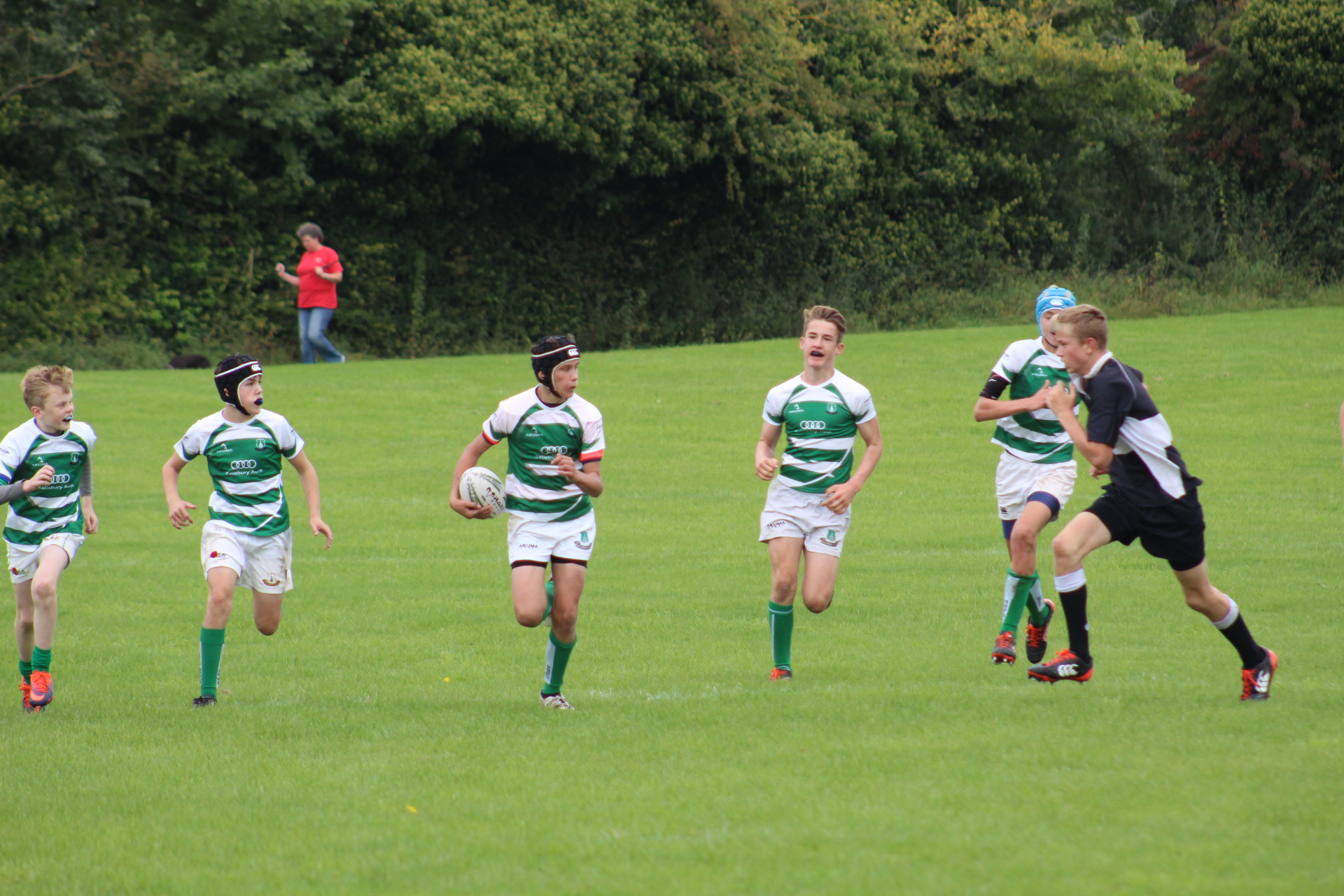 The first Dorset and Wilts U14 Cup match against Devizes at home was nerve-wracking for spectators: it really could have gone either way.  When the final whistle blew it was with a huge sigh of relief that Salisbury could celebrate the win with a score of 31-24, after trailing 12-24 at the beginning of the second half.

Callum Grant scored the first try, right under the post, giving Byron Lloyd-Gilmour the perfect opportunity to convert.  It wasn't long after that Devizes came back at us with a try of their own.  And for a while it looked like their strong backline had the upper hand, until 2 more tries from us in the last 15 mins took Salisbury through to victory.
All in all the best start to the Dorset and Wilts Cup Salisbury could hope for. Well done the whole team.