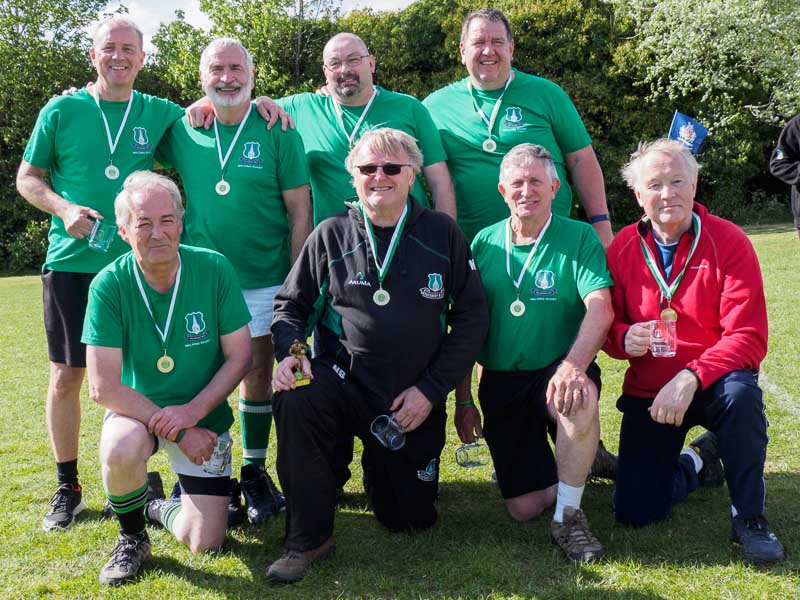 Running in parallel with our beer & cider festival and annual Veterans' 7-a-side tournament, we hosted our first Walking Rugby tournament.

On a sunny but windy afternoon we welcomed a squad from Bristol RFC.  The games were fast, furious and fiercely competitive but all played in good humour.  The tournament was structured as a league, but as it turned out the final game between Salisbury Strollers and Bristol was winner takes all with the winner taking overall honours.

In a close-fought game, Salisbury Strollers just edged out Bristol to take the title, and with it the very impressive trophy.

Thanks are due to Pat Clash who has been the driving force between setting up Walking Rugby for the club, and to Bristol for making the journey to join us.

We believe that this is the first time that a Walking Rugby tournament has been played between clubs anywhere, so I reckon that makes us world champions!