Bournemouth vs. 1st XV (away) 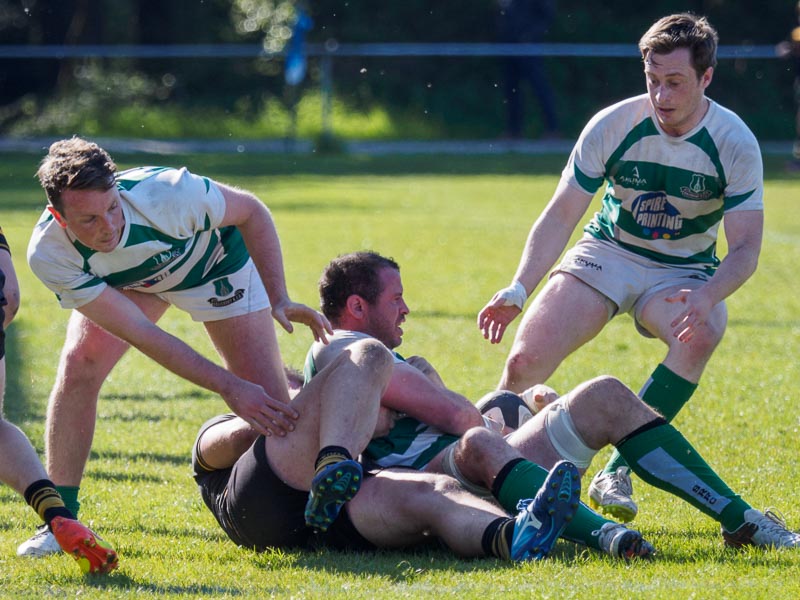 This was a game too far for a Salisbury side affected by injury, illness and unavailabilities at the end of a long, hard season. To their credit the visitors tried hard to stem the flow against a very good set of backs and competed well up front but too often it was not enough.

The hosts strode into a 26-0 lead and things looked ominous for Salisbury but the pack rallied and strong carries from Rob Best, Tom Ranaboldo, Gareth Blackborrow and Aidan Gill took play into the Bournemouth half and the visitors were rewarded when an audacious chip and chase from Dave Tonge saw him cross the line for a score converted by Matty Loader. Salisbury kept up the pressure and good running from Dan Hammond, Liam Gilbert and Paddy Dickson set up position for Tonge to find Loader who sprinted through a gap to touch down and add the conversion himself.

Salisbury continued to apply pressure with tackling machines Jon Kay and Rob Larcombe snuffing out any fightback, and Ollie Bowden proving more than a match for the hosts’ flying wing. Sadly the loss of Larcombe with a head injury shortly before half time saw Bournemouth stretch their lead to 31-14.

After the break it was one way traffic. Blackborrow, Gill and Gary Williamson maintained parity in the tight, but further injuries saw back row forwards Gilbert and Bobby Saunders paired in the centre, which was not the ideal situation against the hosts’ razor sharp back line.

Salisbury may be relegated from National Division 3 but they can hold their heads high after putting in some tremendous performances against good quality semi professional opposition. A little more luck and a little more nous would have seen Josh Green’s side survive. However the core of a good side remains next season, many of the boys having played from Under 7 through to the first team and they will surely be a force in South West Division 1.