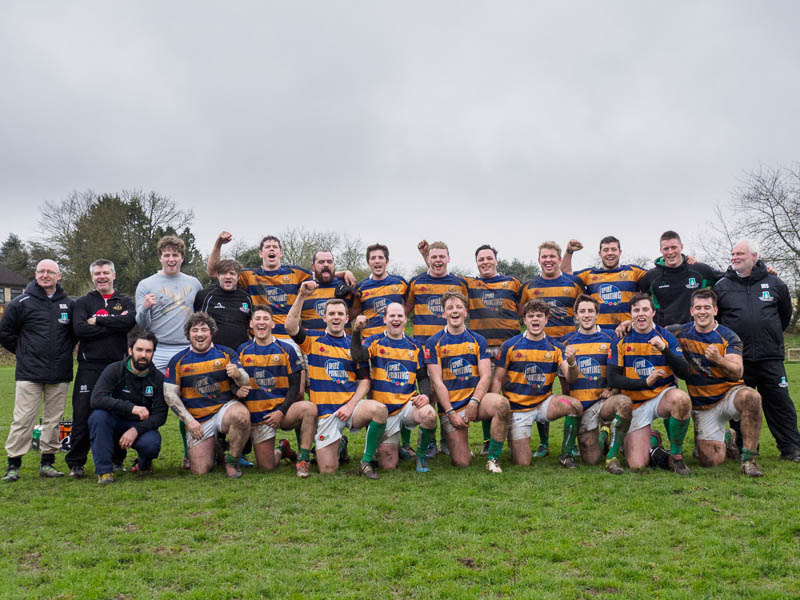 Their Dorset opposition were a much stronger outfit than the recent League encounter and despite a relatively slow start, the attacking intent was obvious once Salisbury were able to raise the pace and bring their forwards into the game. After several sharp passages of play, Mike Dauwalder crashed over for the first score, converted well by Jack Tibbitts. Salisbury were then forced to defend and looked to be outflanked but Pete MacLennan read the play well, intercepted in his own 22 and sidestepped his way past the full-back for a fine individual try, Tibbitts adding the extras.

Frustratingly, despite coming close on several occasions, Salisbury could not press home their advantage, and with North Dorset very adept at using their wind advantage to kick deep, the game see-sawed from end to end, until a penalty transgression just before half-time allowed the Dorset side to add their first points, to turn around 14:3.

Despite the elements, the second half script did not go according to plan. Salisbury came under increasing pressure at the scrummage and struggled to relieve the pressure with their kicking. Despite some dogged defence the line was eventually breached bringing North Dorset back to 14:10 and a real boost to their confidence.

As the game entered the last 20 minutes, possession was at a premium, but Salisbury had to launch their attacks from deep within their own half. James Hill, Andy Herriott and Matt Dodkins all made clean breaks, but only one more score was forthcoming when Bobby Saunders dived over for a deserved score. The final minutes were tense, North Dorset pounding away around the fringes, and eagerly running the ball back when Salisbury kicked, but with the scrum recovering and the lineout functioning smoothly, Salisbury were able to close the game out and bring the Cup home to Castle Road.