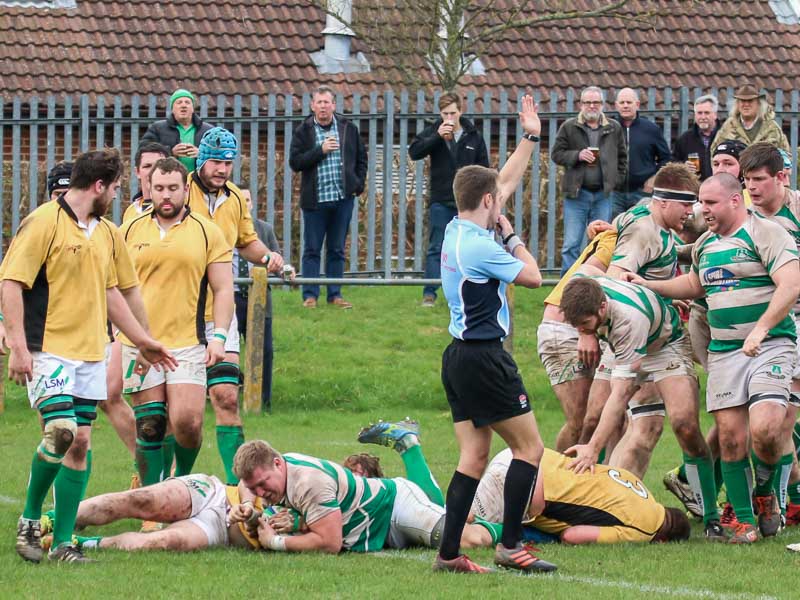 Salisbury welcomed Newton Abbott to Castle Road knowing that nothing less than a win was required in their quest to remain in National League Three. Another blood and guts performance ensued but in the end the experience at this level of the visitors prevailed by a mere two points.

An early score by the visitors was cancelled out when Salisbury’s pack drove Daniel Bennett over for a score. The home side now enjoyed a good spell and when Ollie Bowden fielded a clearance held off two tacklers he found support from Dave Tonge, the ball switched left through the hands of Gareth Blackborrow and Matt Loader to Rob Larcombe who had picked a superb line to cross for a well taken try, Tom Lane adding the conversion.

Salisbury stretched their lead in the second period when Tonge broke between tackles and fed Green who stormed in for a score, Lane again converting for an eight point lead.

The game swung from end to end but the Devons side pulled themselves back into contention with a try from a driving maul converted by Ollie Avery-White and attacked relentlessly. The City side’s defence held firm until a penalty broke the hearts of Salisbury players and supporters alike.

There are still four more games to go but with three of them away from home Salisbury know they are up against it. However the fighting qualities of this young side should not be overlooked.