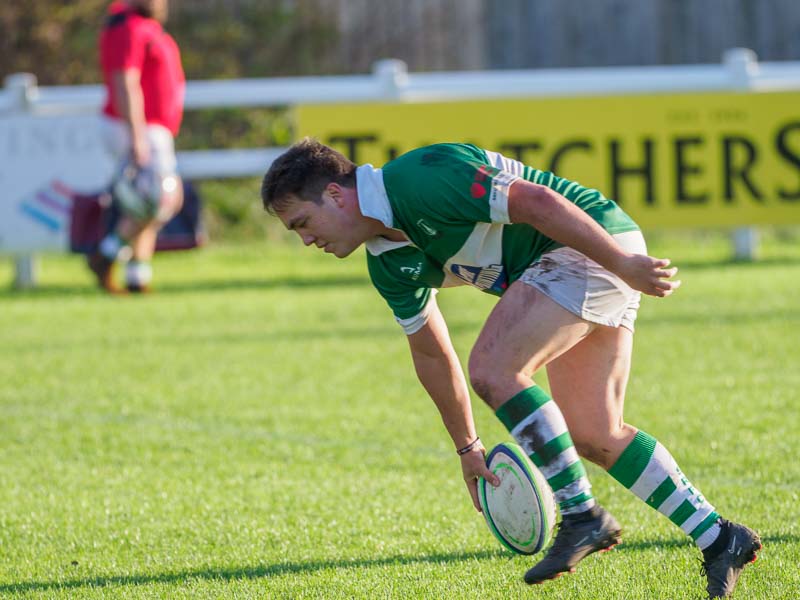 12th. November 2022: Salisbury hosted Wiltshire rivals Swindon in perfect conditions at Castle Road. Both teams were promoted into Regional 2 Tribute South Central for this season and are seeking to consolidate their positions following a testing start.

After absorbing some early Swindon pressure Salisbury struck first with a penalty conversion from Xavier Hastings following several phases and a tackle off the ball. It quickly became clear that this was to be keenly contested encounter but both sides were struggling to find some fluency. Neither side could sustain pressure but Salisbury did threaten, Sandy Wheatley’s quick tap penalty resulted in Salisbury’s first try converted by Hastings.

Salisbury were disrupted by No 8 Josh Green’s injury and, with the visitors on the front-foot, worked hard to regain balance and momentum. Swindon exploited this resulting in a converted score in the 25th minute. The hosts were under pressure in the latter stages of the first half until Blake Ryder carved through Swindon’s defence for Wheatley to finish with his second try converted by Sam Waters on half time.

With the score at 17 – 7, Salisbury were looking more secure and enjoyed some early second-half dominance with Dom Porter clattering into the midfield and strong running from  Bobby Spiers. Wheatley’s hat trick came when he broke from a scrum on 46 minutes extending the lead to 22 – 7.  However, the host’s position was by no means certain as Swindon set about reducing the deficit. After a well-executed driving maul the visitors scored their second try on 55 minutes and, with the score line at 22 – 12, appeared hungry for more.

Salisbury lost Captain Luke Newton but despite securing quality possession a lack of precision prevented them from extending their lead. With 15 minutes remaining Swindon cleared their lines and exploited a dropped ball to run in their third but unconverted try. Neither side asserted themselves in the final period which concluded with the visitors mistakenly kicking a penalty dead rather than securing an attacking line out.

A 22 – 17 win for Salisbury improves their league position to 6th and they look forward to traveling to 5th place Newbury Blues on 26th November.