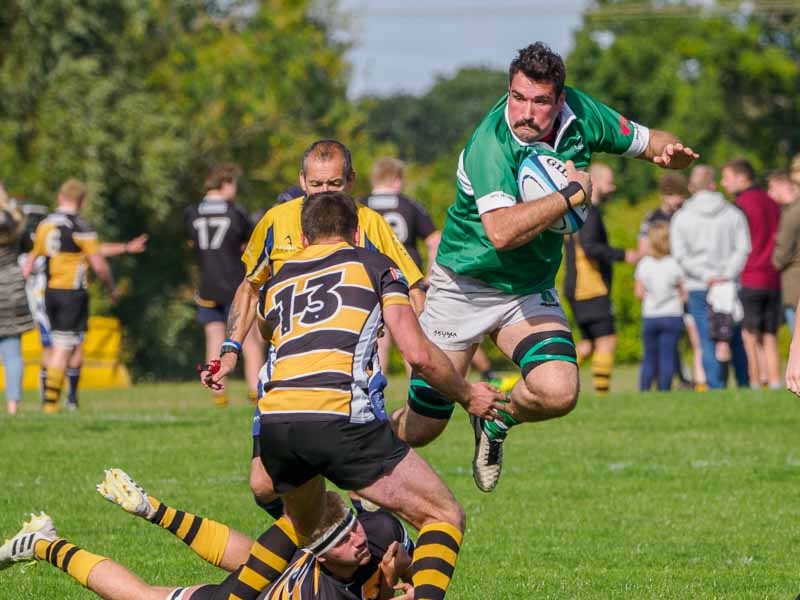 On 17th. September the 1st XV travelled north to play Shipston-on-Stour, for the first time ever we think.

Playing down the slope and with the wind behind us for the first half, we were quickly on the scoreboard when 1st XV debutant Fraser Doig crossed after 9 minutes. Fly-half Charlie Smith converted for a 0-7 lead.

Charlie added a penalty, then a huge forward drive got number 8 Mike Lawrence over for our second try. Shipston got one back, then Dom Porter closed the first half with a try in the corner from another forward drive. We turned round 7-20 up.

The second half was a different story. Shipston kept us pinned in our half for most of it. They ran in three tries, two converted, to lead 26-20 with about 10 minutes left to play. We got back into Shipston's 22 and mounted a series of strong attacks but the hosts' defence held firm.

This is Shipston's first season at this level in the leagues, and the home crowd were delighted to win by 26 points to 20.