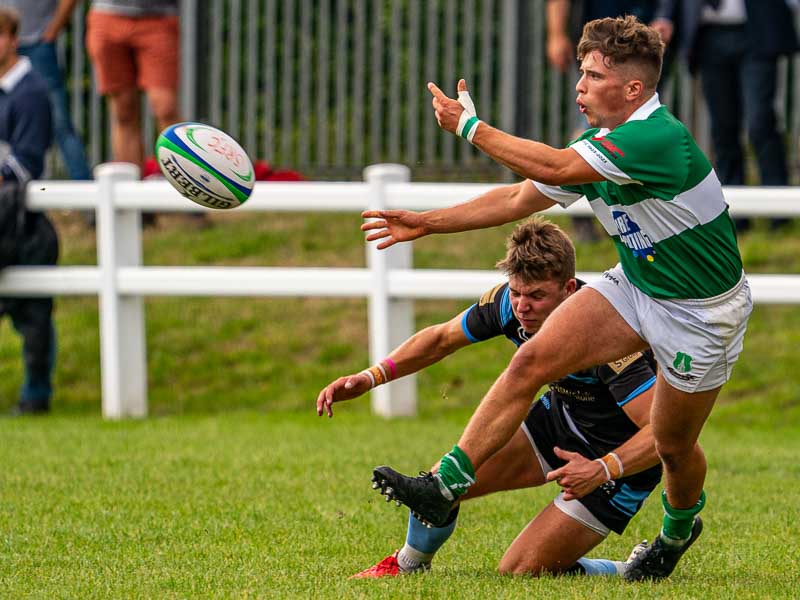 What a difference a week makes. Buoyed by their excellent start to the season and the partisan support of the Castle Road faithful, Salisbury had every reason to be looking to push onward and upward. Unfortunately, Witney, old adversaries and a team well established at Level 6, had other ideas.

The match started quite well for the hosts, their opponents kicked dead and they won the resulting scrummage and launched an attack. Witney also settled quickly and looked a well organised side as both teams probed for weaknesses. Salisbury then lost fly half Blake Ryder with a head injury and the resulting assessment meant that he could not return. The Green and Whites reshuffled. Sam Waters moving from full back into the pivotal 10 shirt and Henry Wilson replaced him.

The visitors began to take control but were kept at bay by some tigerish tackling, Rob Crossley to the fore, and excellent competition at the breakdown from Salisbury; sadly ball won was too often lost again as moves were over complicated. Inexorably Witney stretched away into a 19 point lead before a try on the stroke of half time from Miles Thompson, converted by Xavier Hastings gave hope to the home support.

Sadly the second half followed in the same vein. Salisbury worked hard but their bluster was no match for the calm and calculating Whitney side who picked their moments to strike and ran in a further four score; unusually their total of seven tries were scored by seven different players which hints at their strength across the side.

Lead coach Gareth Blackborow was philosophical afterwards pointing out “for many of the (younger) lads this was their first exposure to the intensity required at this level, Today should be a learning process.” Next week Salisbury travel to Shipston-on-Stour, a side who have also had a mixed start, and uncharted territory for the City club.