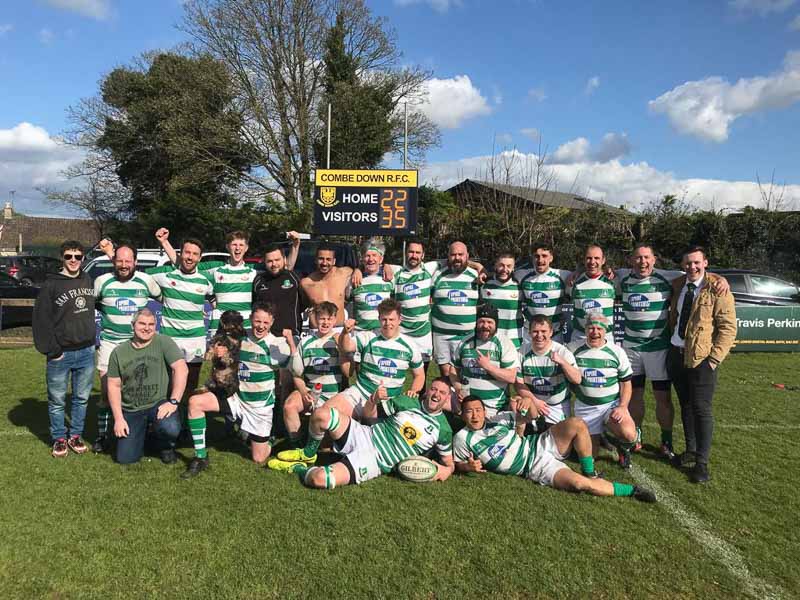 Salisbury A XV travelled to Bath for their final match of the season against Combe Down 2nd XV.

The visitors were slow to shake the travel from their legs and conceded three tries within fifteen first half minutes.  The pack then slowly started to gain the upper hand, dominating the set piece and keeping the hosts under pressure.

Salisbury’s work was rewarded when full back Matt Chilvers scored after a blistering break down the left wing leaving three defenders in his wake.  Reman Gurung, playing at fly half, then showed some fancy to score under the posts. Two conversions made it 17-14 at the break.

Salisbury started the second half in much sharper fashion, captain Jamie Gray fielding the kick off and sending Gurung running at and over the defence for his second. The hosts responded with a try from a driving maul but the visitors’ pack had gained the upper hand and were driving the opposition back, Charlie Knight taking full advantage to scamper over in the corner.

Salisbury were now running riot and first the youthful Mark Lerpiniere stepped the defence to score before the electric Ky Thomas raced home on the left flank from fully 70m to round proceedings off.