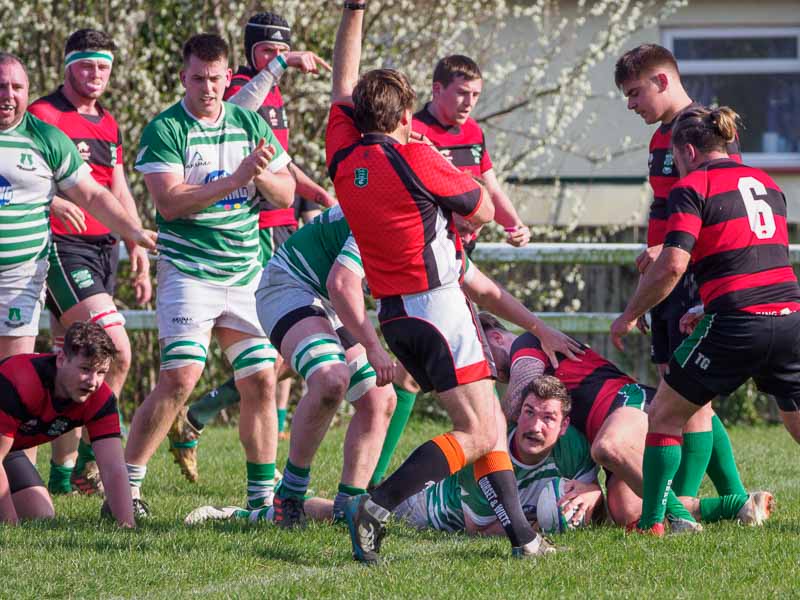 This was the result Salisbury were hoping for but not the contest that the players nor spectators wished it to be. Both sides were shorn of players through injury and Salisbury were fielding the versatile back row forwards, George Fossey and Will Murley, in the centre.

Dom Porter used his bulk to force his way over after six minutes, quickly followed by Rob Crossley, Michael Lawrence and the versatile Murley for the bonus point score with barely a quarter of the game gone. With the elegant Will Lewin not missing a conversion Dorchester were already down and out of the match although to their credit they plugged away valiantly until the end.

A further four tries followed from Lewin, Murley, Lawrence and Fossey, Lewin eventually missed a kick, but the half time lead was 54 points.

From a rare Dorchester attacking position some quick thinking by Charlie Sharpe, throwing a line out and regathering, was able to cross for a rare away score before the game became a battle of Wills as first Lewin and then Murley brought up their hat-tricks.

Dorchester scored a deserved second through Brook Legg which was converted by James Baker before fullback Dan Hammond sped over the line followed by veteran flanker Bobby Saunders. The mazy running of Henry Wilson was rewarded with a score before Lewin brought proceedings to a halt with the final try of the day. Lewin added one more conversion before Ed Crossley took over kicking duties and notched three.

This result pushed Salisbury top of the league but Devizes have a game, and their own destiny, in hand.  The Greeen and Whites must travel to Yeovil knowing that a try bonus win is imperative.