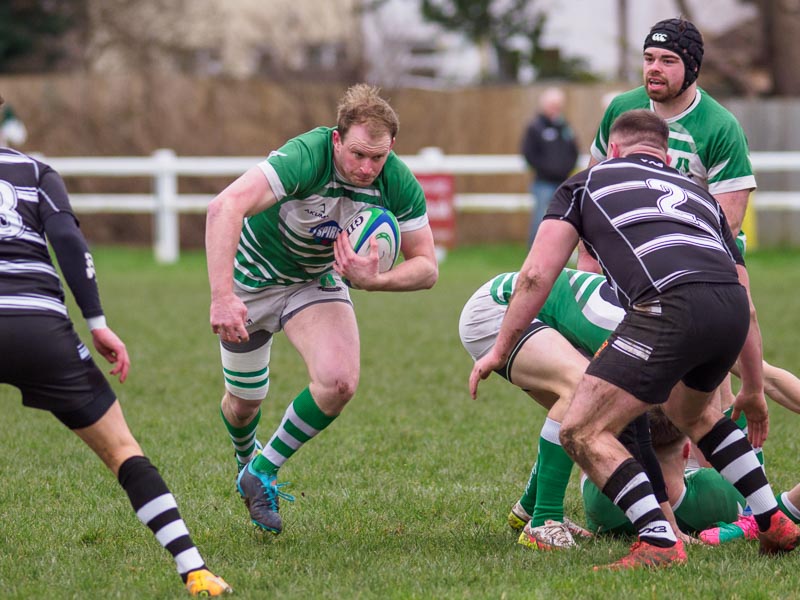 Salisbury were forced into late changes in key positions but still they were able to emerge with a bonus point win despite falling behind early.

The experienced head of Josh Green proved to be a vital source of inspiration as he crossed for the first two scores to put the hosts in control. Tom Tully converted the second try before a moment of individual brilliance from Dan Hammond, a late switch from wing to fullback, saw him home in the corner for a try.

Both sides were guilty of handling errors which gave the game a disjointed feel but when replacement stand off Sam Waters finished a period of sustained attacking with a score the bonus point was secure; Tully again kicked the extras for a 24-7 half time lead.

The second half resumed in a similar vein with a lack of continuity on the part of both sides but despite pressure from the hosts it was Walcott who scored twice to bring the lead down to a single score. Tully eased the pressure with a penalty and then the introduction of Jake McConnell and Will Murley added fresh impetus to the attack.

A strong forward drive saw skipper Miles Thompson surge over the whitewash for the final score of the day and a 32-17 victory keeping them firmly on the heels of league leaders Devizes. Strong performances in the forwards from Green and Dom Porter in particular, the backs featured brothers in arms Ed and Rob Crossley for the first time.