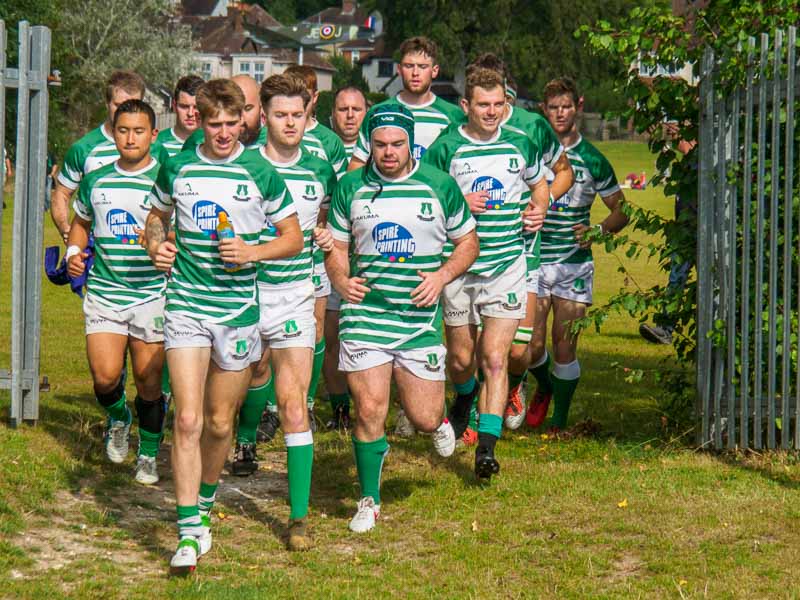 For the final preparatory game before the leagues start, the 1st XV welcomed Bournemouth 2nd XV to Castle Road on 18th September.

We opened the scoring 5 minutes in when centre Jake Campey spotted a gap and streaked in for a try, converted by scrum-half Ed Crossley. Ed then added a try of his own, then Bournemouth scored a converted try for 12-7.

On the half-hour we were awarded a penalty on the Bournemouth 22 and kicked for touch. We won the line-out and the forwards drove over for a classic Fat Boys' try, claimed by Gareth Blackborow. Bournemouth scored again just before half-time to make it 17-12 at the break.

Bournemouth spent most of the second half camped in our half but we defended well. Eventually they made the pressure count and scored a try to level at 17-17. We got back to their end of the pitch for the last 10 minutes, and put them under a lot pressure. We thought we had a try from the forwards to win the game, but sadly the ref didn't share our view so we had to settle for a draw.

Things get serious next weekend, 25th. September, when the 1st and 2nd XVs both have home league fixtures against our old friends and rivals Swanage & Wareham. Kick-off is at 3:00 pm and all support will be welcome.