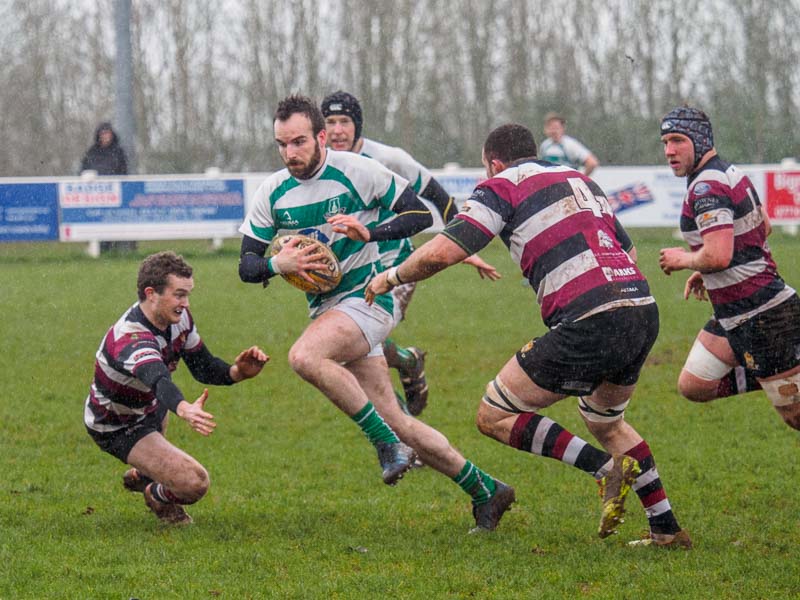 The 1st XV made a trip to Bristol for our return league fixture against Cleve. It was a horrible day when they came down to our place in November, and today they found the same buttons on the climate generator, at least for the first half.

Cleve were first on the scoreboard with a well-taken opportunist try from their winger. We came back with a penalty from fullback Tom Lane then Cleve scored another try. It obviously wasn't a good day for the kickers as our normally rock-solid Boris only landed 1 from 4, and Cleve's hit rate was similar.

We got back on terms with a try for fly-half Matty Loader after some great attacking play, then Cleve got another penalty and rounded off the first half with a try to go into half-time 20-8 up.

Unfortunately that was pretty much it for us, with Cleve running in 5 more tries in the second half. Eventually we woke up and claimed the ball on our own line, and then attacked relentlesly to get upfield. Following wave after wave of attack second-row Tom Ranaboldo finished it off with a consolation try between the posts, converted by Matty for a final score of Cleve 47 Salisbury 15.