An Unhappy Start at Marlborough 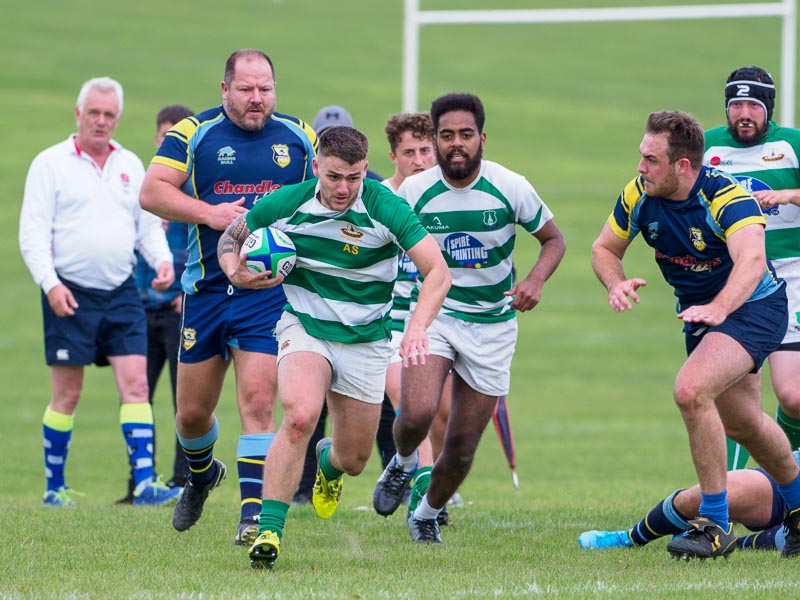 Salisbury made an unhappy start to the season at Marlborough...

Salisbury looked strangely below par against Marlborough’s array of cosmopolitan talent but still managed to turn around at half time not only in touch but within reach of a bonus point.  Bobby Saunders emerged with the ball as an early drive gave Salisbury the lead.  Marlboro soon struck back running some good lines to take and extend their lead before Adam Clayson struck a good penalty for the city side.  A quick line out and hands saw Marlborough further ahead before a spell of pressure finished with Dave Tonge putting the impressive Rory McTaggart in for a score.

Sadly in the second half salisbury failed to capitalise on any ball they received and played mostly on the back foot despite a little flurry at the end.  Marlborough capitalised on all mistakes to run out the winners.

Backs coach Nik Mould was keen to accentuate the positives saying “ We will trouble sides with our back line”.  Salisbury entertain Gloucester side Old Centralians this Saturday.

Salisbury United  played their final pre-season fixture against an experienced Trowbridge side.  Starting poorly Salisbury conceded four unanswered tries in the first 20 mins, before clawing they’re way back into the game with an unconverted try from Rory Duncan.  Salisbury had much of the play but often failing to take their chances.  Second half tries for Reman Gurung and Ky Thomas, both converted by Cameron Mould, were cancelled out with Trowbridge scores on the counter attacks, leaving the final score 19-43.

Salisbury ‘A’ XV played a well drilled Trowbridge squad and although under constant pressure defended with 100% commitment from start to finish. Trowbridge were a constant threat through forward drives and fast elusive backs and it took time for Salisbury side to settle. Towards the end of the first half Salisbury maintained pressure in the Trowbridge 22 through a set of repeated forward drives. After tying in the opposition defence the ball was quickly spun right for the fullback Matt Chilvers to outpace the defence and score out wide. The second half continued in the same vein with Trowbridge using their bench to tire the Salisbury defence but from a strong run from the Luciano Columbino Salisbury were awarded a penalty in the Trowbridge 22. From the resultant scrum Salisbury drove the home pack across the line for No. 8 David Veal to score the push over try which was converted by Nat Armstrong. Salisbury managed to have the last word with Daniel Jugg squeezing over in the corner to complete the scoring.