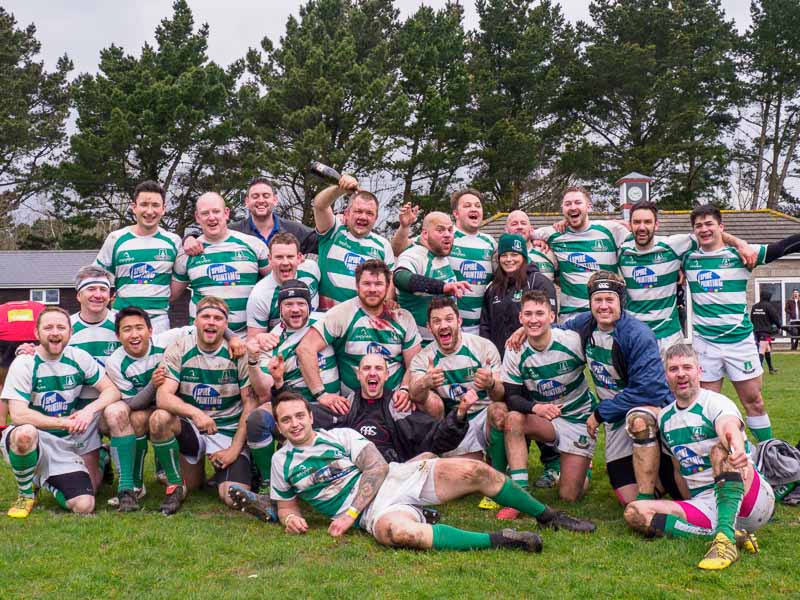 For a full report on the magnificent 'A' XV victory over Bournemouth inin the 3rd XV Cup Final please click here..

Salisbury A XV produced a superb performance to wrest the Dorset and Wilts Cup from their opponents’ grasp at the last gasp of this drama filled cup final.  The Wiltshire side with a blend of youth and experience started very positively and had their bemused opponents rocking in the first quarter.  Bournemouth, who play in the same division as Salisbury United, were showing body language that indicated merely turning up would be enough to ensure victory and when Kit Pickford sliced through their defence for the opening score the writing was on the wall; Mike Bryan added the conversion points.

Salisbury continued to dominate, their passing across the back looked very sharp indeed, and would have added further scores if the final pass had not gone to ground.  Bournemouth eventually pulled a score back when a kick through bobbled in front of the Salisbury defence and they were able to gather the loose ball and cross for a try.

Salisbury shuffled their pack for the second half as some of the more elderly legs began to find the pace a little frenetic but the dominance of Dan Hobbs’ pack continued.  Bournemouth edges into a lead with a penalty and then, seizing on a mistake in the Salisbury three quarter line, sent their speedy winger away for a score, again unconverted.

The Wiltshire side rallied and eventually Richard West emerged from a forward drive with the ball.  Bryan was unable to convert so the score remained 12-13 in favour of Bournemouth.  As the clock ticked down Salisbury were awarded a penalty but it drifted agonizingly wide and that looked to be it but recovering the ball the Green and White machine attacked down the left flank. Mark Lerpiniere found himself with a five man overlap and cut back inside to commit the defence before sending Hamish Morton scurrying for the line and the winning score.

This was a thoroughly good performance for the team and provides a real boost at the club as it enters the last month of rugby action for the season.