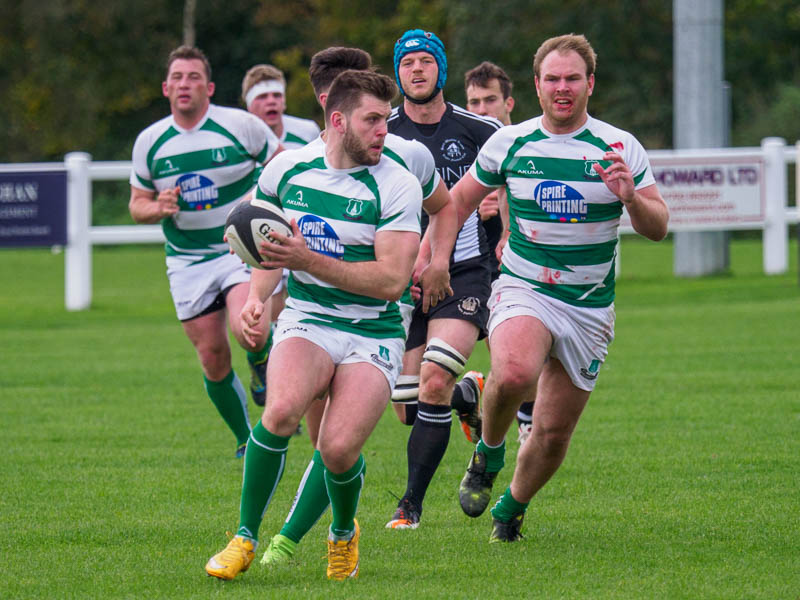 Report on the 1st XV at Royal Wootton Basset, the United XV at New Milton and the 'A' XV at home to Bournemouth 4th XV

This was a humdinger of a clash between the North and South of Wiltshire and for large parts of the game a neutral would have been hard pressed to distinguish between high flying Salisbury and the hosts who are languishing at the bottom of the table.  In front of a large and partisan crowd Bassett hounded Salisbury at the breakdown, giving them all sorts of problems and slowing the ball down.  The visitors defended manfully but it came as no surprise when Bassett drove a scrummage over the line for the first score and a 7-0 lead which they maintained until the interval.

Salisbury now had the breeze behind them and looked more composed but still allowed Bassett pressure to force a number of handling errors and their play lacked the precision of the previous Saturday. The first ray of light for Salisbury came when full back Harry Whittington finished off a slick move in the backs following a Matt Loader break, Loader added the conversion and then a penalty as the visitors took the lead for the first time.

The game looked to be petering out when some poor tackling by Salisbury allowed the hosts to run and a try and conversion restored their lead.  As the clock ticked down Salisbury appeared to be running out of options but the mercurial Loader shimmied past two defenders and found Dave Tonge in support who crossed for the winning score to the palpable relief of his team mates and the travelling faithful.  Loader added another conversion and Salisbury were home but hardly dry.  Another tough game awaits next week as they travel to Witney, another side whose league position belies their capabilities.

Salisbury United bounced back from last week’s disappointing display with an emphatic victory over newcomers New Milton. They exploded out of the blocks with Mike Dauwalder crossing after only 1 minute, followed by Rory Duncan, Jon Bird and Dauwalder a second time. Chris Stables converting twice to give a 24 point lead at half-time. The second-half was a much tighter affair, but going down to 14 men due to injuries produced a fantastic team effort both in defence and taking attacking opportunities. Rory MacTaggart, Richard Whittaker, Jordan Carpenter and Jake McConnell crossing before Stables finished it off converting his own try to end a very satisfying performance by the whole squad.

The A XV continues their excellent start to the season with another big victory.  Injuries have hit the club hard in recent weeks but despite this Salisbury’s third string put in a display to be proud of and won convincingly.  James Kaminski grabbed a hat trick, while Pete MacLennan, Jonah Thorpe, Tom Buckingham and Andy Gibson claimed a pair apiece; Anthony Teasdale, Richard West, Reman Grg and John Smith completed the try scoring.  Tom Buckingham added 9 conversions.

Photos from the 1st XV's game away at Royal Wootton Bassett: