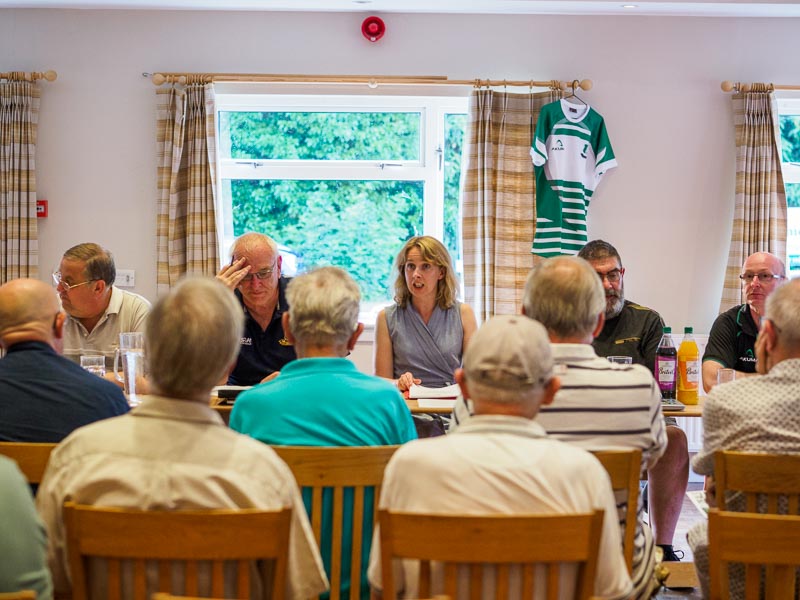 Full minutes will be available in due course. Here is a VERY brief summary and some photos of the "action".

All of the current board members were willing to stand for another year, and all were elected unopposed. They are:

Finance Director - Richard Bathurst, who said that this would be his last year in office

Facilities Director - Jim Mason had taken this on during the year after Pat Clash had to step down at the 2018 AGM.

Neil Tonge was appointed Captain of the Club.

The Chairman announced that the following people would receive RFU Valued Volunteer certificates:

The certificates will be presented at a pre-match Supporters' Lunch early in the season.