Colts at home to Sherborne 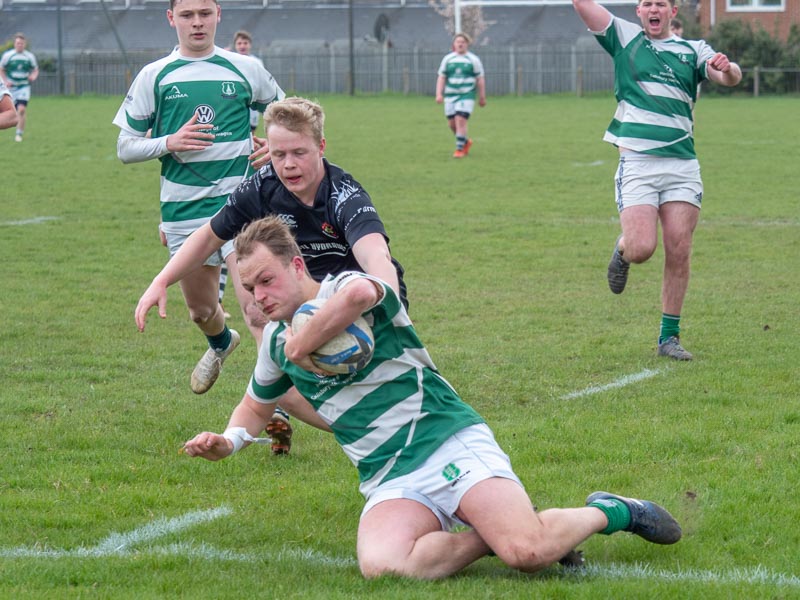 14th. April 2019 - The senior teams have finished their seasons but the Colts still have matches outstanding, and hosted Sherborne for their Merit Table match.

The match was hard-fought and close all the way through. Salisbury were first on the scoreboard with a try from Jacques Kinnison. Sherborne then scored, and the hosts closed out the first half with a try from number 8 Adam Farr. Fullback Cameron Mould converted, to go into the break 12-5 ahead.

Early in the second half Farr scored his second, also converted by Mould. Sherborne hit back quickly to trail 19-12. With 10 minutes remaining, Huw Hallsworth raced in for the fourth try, unconverted. Sherborne then scored almost immediately to make it 24-17, and with no further scores Salisbury recorded a bonus point win.

Salisbury are now second in the table, 6 points behind Wimborne. Thanks to postponements due to the winter weather they have two matches remaining, against Wimborne home and away. They will be aiming to win both, and secure the Merit Table title.