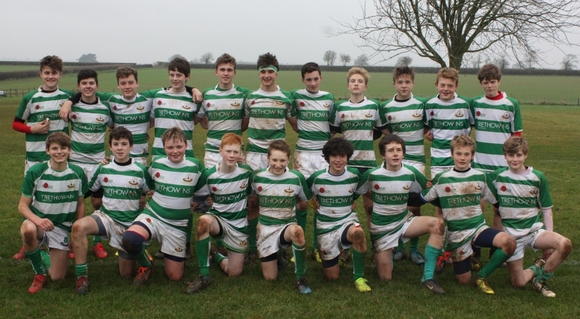 Whilst winning is great, more importantly has been the style in which the team has been playing – displaying a game based on high tempo of play through the forwards to disorganise the opposition defence before releasing the ball through the backs to exploit the space that has been created.  This has led to some awesome team displays and some well-crafted and executed play.  As we go forward in to the latter part of the season we have some exciting fixtures coming up including a trip to the London Irish U14 Competition, the Dorset & Wiltshire Cup Main Competition (having topped our qualification Pool) and the Bath RFC U14s Sevens Competition.  In addition, we will be touring at the end of April to the West Country.  We have also managed to get 6 of our squad in to the Bath RFC Development Player Programme.  All in all, a great season so far! Our squad is based on approximately 26 players and is always looking to grow, through new players of all levels and experience.    Rugby, give it a TRY!